The craft beer brewer may have taken an unorthodox route to market, but it looks set for global domination. 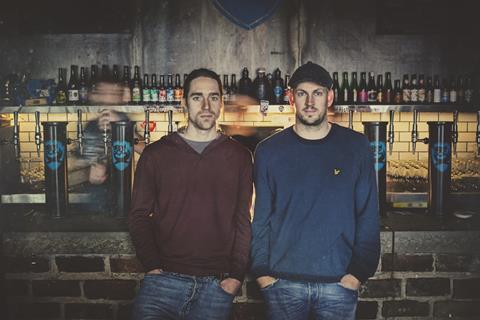 Here are five things retailers can learn from BrewDog.

Founded in 2007 by friends James Watt and Martin Dickie in Scotland, BrewDog has driven stratospheric growth over the last decade.

The craft beer business went from a fringe player to a force to be reckoned with, and was valued at £1bn this year.

BrewDog has driven this growth by seizing opportunities that came its way.

The business signed off on a supply deal with Tesco that propelled it into the limelight when its beer was still being bottled by Watt and Dickie by hand.

The artisan brewer also sent beers to international markets such as Sweden in its early days before it had an international team in place. This move has driven exponential growth – today, 60% of the business’ turnover comes from overseas.

Taking risks and moving quickly is a key part of BrewDog’s ethos, and the business is showing no signs of slowing down.

The craft beer brewer is eyeing expansion in China and Australia and is crowdfunding a craft beer hotel in America called The Doghouse, complete with a beer hot tub and hop oil spa treatments.

BrewDog’s founder Watts says he and Martin started brewing their own beer because they “were bored of the industrially brewed lagers and stuffy ales that dominated the UK beer market.”

“Whatever the scale of a retailer’s business, taking a more subversive path in marketing efforts and having a clear business ethos can be a good way of getting your business noticed fast”

The business held this rebellion against the status quo in the drinks sector as a badge of honour, and used it as a point of difference in its marketing.

The brewer has not been one to shy away from controversy and has notched up column inches for its various publicity stunts, which include dropping taxidermy ‘fat cats’ from a helicopter flying over London to celebrate a crowdfunding milestone and giving away free ale to voters in the latest general election.

Taxidermy and free giveaways may not be for everyone, however, there is no denying that BrewDog’s dogged commitment to its brand has made it stand out against more established players in a crowded sector.

Whatever the scale of a retailer’s business, taking a more subversive path in marketing efforts and having a clear business ethos can be a good way of getting your business noticed fast.

Crafting for the connoisseur

BrewDog has made a name for itself by providing an antidote to more mainstream competitors in the sector with the flavours of its beers and ales.

In doing so, BrewDog has tapped into the burgeoning craft beer market and appealed to a previously underserved specialist customer.

The business was quick to capitalise on this trend and opened its first bar in 2010 in Aberdeen which, like its beers, was a departure from the offerings of more traditional pubs.

There’s a strict no-TV policy and its staff are connoisseurs skilled in making recommendations to punters.

It’s a formula that has struck a chord with customers and BrewDog now operates around 50 bars worldwide, with further international expansion on the horizon.

BrewDog went from a supermarket shelf to a bricks-and-mortar footprint in three years by capitalising on its specialist proposition, providing a lesson for retailers in focusing on what makes you special. 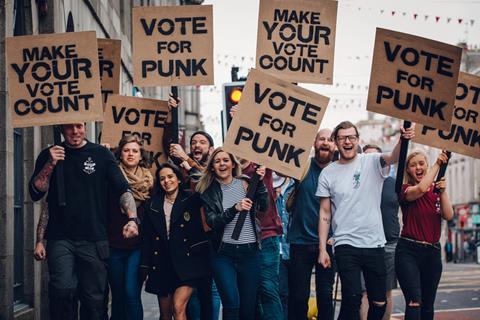 Since its infancy, BrewDog shunned the well-trodden path of private equity to fuel its business growth, instead relying on crowdfunding.

The business calls its shareholders Equity Punks and it raised a cool £25m in just three weeks in a funding round in 2015.

As well as retaining majority ownership of the business, this funding structure also allows BrewDog’s founders to keep a clear line of communication with its customers, many of whom double as shareholders.

As of 2015 the business had 32,000 shareholders and at its annual general meeting in Aberdeen this year, 2,000 of them attended with some travelling from Sweden, Japan, Australia and Brazil for the event.

This level of passion and involvement from shareholders is a yardstick for retailers to measure themselves by, even if it does land BrewDog in hot water from time to time.

Earlier this year some shareholders accused the self-proclaimed ‘punk’ brewery of selling out after selling a 22% stake of the company to private equity firm TSG Consumer Partners for £213m.

BrewDog launched a marketing campaign to reiterate its roots in response, which included photos of its shareholders and employees emblazoned with the slogan ‘I Am Punk’.

As a sector that lives by the mantra of putting the customer first, retail could learn from BrewDog’s commitment to its patrons.

Own your growing pains

Retail is a sector that has weathered its fair share of scandals in recent years – but perhaps it could learn a thing or two from BrewDog on how to handle business bloopers.

“Rather than shying away from the faux pas, BrewDog addressed the criticism”

BrewDog came under fire earlier this year for squaring up to independent bar in Birmingham in a legal battle – an act that many felt flew in the face of its anti-establishment ethos.

The Lone Wolf Bar faced the ire of BrewDog’s solicitors as it shares its name with the craft brewer’s spirits brand, Lone Wolf.

Watt took to Twitter to blame “trigger-happy lawyers” for the legal scuffle, but the pub’s owners had already rebranded the establishment to The Wolf by the time he stepped in.

Rather than shying away from the faux pas, BrewDog addressed the criticism levelled at it via a blog post which said: “Hands up, we made a mistake here in how we acted.”

The business also offered to cover all costs of the rebrand for the Birmingham bar and invited its founders to BrewDog’s distillery to collaborate on a new gin called Wolf Pack.

At a time when businesses shy away from admitting to their failings, or do so via polished PR statements, the candour with which BrewDog accepted its mistake and made amends is one the retail sector and beyond could learn from.

To view the programme and book your ticket visit: Live.Retail-Week.com.