General retailers had a bad week as their stocks declined by twice as much as the wider market, which took a knock as the eurozone crisis dragged on and pundits argued over the UK’s economic prospects. 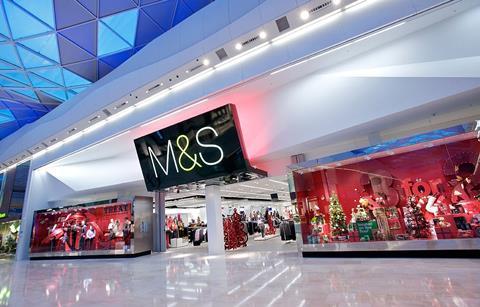 Fashion group Next was down ahead of Wednesday’s third-quarter update, but when they came the numbers provided some reassurance as the Directory business continued to generate strong sales growth.

Investec rates Next a hold and sees scope “for relative outperformance in these turbulent times, given the multichannel strengths and strong management team”.

Analyst Nick Bubb said: “The clothing retailers have been a happy hunting ground for the shorts in recent weeks, but they had their comeuppance with Next, who shrugged off the warm weather to deliver solid sales growth overall.”

Next’s counterpart Marks & Spencer was also in the spotlight ahead of next week’s interims. There was some speculation that M&S could be a bid target for a Chinese retailer but the market dismissed the talk as far-fetched.

Nomura has M&S on its buy list but struck a bearish note and cut full-year expectations. The broker said: “A disappointing first half is principally a function of a greater-than-expected squeeze on consumer spending power and near-term operational inflexibility.”

Also reporting next week are Sainsbury’s and Morrisons, on the first half and third quarter respectively. Bernstein rates JS a market-perform and, following price initiatives by the big grocers, said investors will be keen to hear reassurances about the margin impact.

Hold Morrisons, advised Shore Capital. The broker said: “We would expect Morrisons to confirm how challenged conditions for the consumer are at present but also how it is well set up to help them through the current environment and festive period, not least through the harvesting of productivity benefits.”

Mothercare fell as brokers pondered its prospects. Seymour Pierce’s Kate Calvert issued a lengthy sell note partly informed by personal experience. She said: “Impending first time motherhood has reinforced my view that Mothercare has lost its modern day relevance. A new chief executive needs to consider how to combat the encroachment of the supermarkets and online into its space.”

Peel Hunt also published a bulky sell note. The broker observed: “Debate about Mothercare’s UK operations focuses on how quickly the group can restructure its property portfolio and close stores.

For us the biggest problem is more fundamental – it’s the offer and uncompetitive pricing.”

Mothercare posts interims in a fortnight, when chief executive Ben Gordon will step down.