London’s West End retailers could be better protected from protests under proposals including an ‘insurance policy’ that would mean organisers of demonstrations would have to underwrite any damage caused as a result. 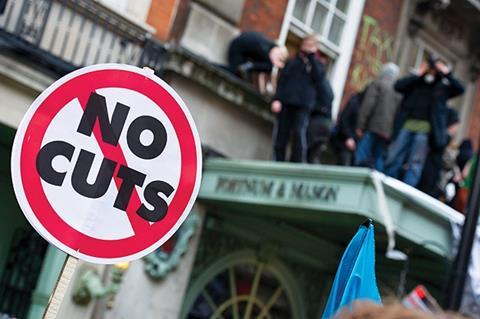 The meeting was called to discuss the future management of protests in the West End area after retailers were targeted in recent protests against Government cuts.

No decisions have yet been made about any of the mooted proposals.

One source familiar with the situation said discussions were “constructive”.He said: “Politicians and police understand the impact this has on trade.”

Fortnum & Mason chief executive Beverley Aspinall had demanded tougher action to manage demonstrations following the store being attacked by protesters from the UK Uncut protest movement, after they broke away from a TUC protest about government cuts in March.

The retailer was targeted because of its tax arrangements, along with Arcadia and Boots stores.

Mayor Boris Johnson told Retail Week last month that he wanted to “make sure there is no repeat” of the events that unfolded that day.