Aldo’s Call It Spring to double concessions at Debenhams

Aldo-owned footwear fascia Call It Spring is to double the number of concessions it operates in Debenhams stores. 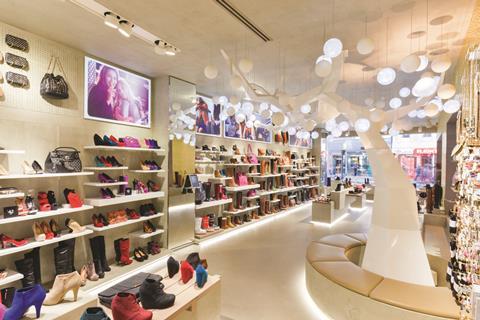 Group vice-president Jean-Pierre Généreux revealed Call It Spring will double the number of shop-in-shops by next spring as he showcased the debut UK standalone store. The retailer has 29 Debenhams concessions at present.

Call It Spring, which targets a younger audience than sister brand Aldo, launched in Debenhams stores and on its website in March as part of the department store group’s bid to take a greater slice of the footwear market.

Call It Spring sells at lower price points than Aldo and targets 15 to 25 year olds.

Généreux believes the brand will be bigger than Aldo globally in the long term, although there are no plans to extend the UK estate at this stage.