HMV and Asda are best-placed to scoop up market share following Game store closures in a competitive entertainment market. 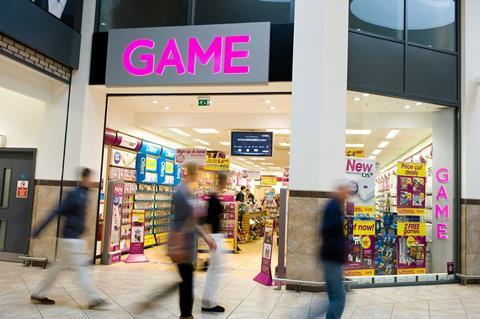 He said: “Its customer requires a more specialist, in-depth range. HMV had said it would trim its range of games but I suspect that will not happen now.”

He believed that Asda was also likely to do well because it has a strong offer and discounts heavily.

Tesco and Sainsbury’s have already made plays for Game’s share with marketing and promotion.

In the entertainment category, figures this week showed Asda was the strongest grocer in the 12 weeks to March 18. Its share rose from 8.1% to 9.3% quarter on quarter, Kantar Worldpanel data revealed. Asda is offering free delivery across entertainment orders online.

HMV wrested back entertainment share from Amazon in the last quarter, after the etail giant overtook it in market share for the first time the previous quarter. Amazon had enjoyed a particularly strong Christmas.

In the last quarter HMV’s share rose from 17.5% to 19.2% while Amazon’s dropped from 22.4% to 19.9% quarter on quarter. The most recent quarter did not take into consideration Game’s collapse.