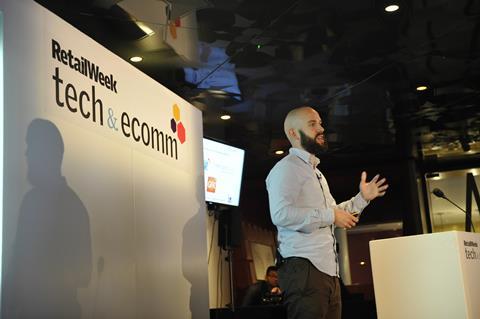 Speaking at the Retail Week Technology and Ecommerce Summit in London today, Will Hayward said: “It’s hard to compete with Amazon on price and user experience, but where you can excel is creating a meaningful attachment with your audience.

“We’re in the age of social. Whether you’re in media or retail, great content wins everything.”

BuzzFeed is a digital media company worth $850m (£519m) that attracts 150 million users a month, and was originally aimed at entertaining bored office workers, Hayward said. It now runs a separate video production company and has also moved into hard news.

Hayward said: “We built our entire business on content in the social age. Seventy-five percent of our traffic comes from social. Half our traffic is from mobile.”

Hayward said he believes there have been three stages of the internet; portals, search and social. He said that since the internet’s inception it has “fundamentally changed”.

“I think we’re seeing the third phase of the web,” he said. “Social has expanded as a layer across the web. In 2012 companies realised they needed a social team [and not just a search team].”