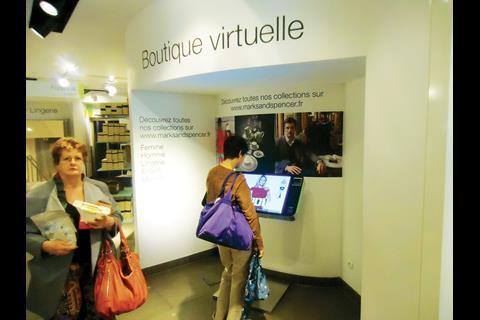 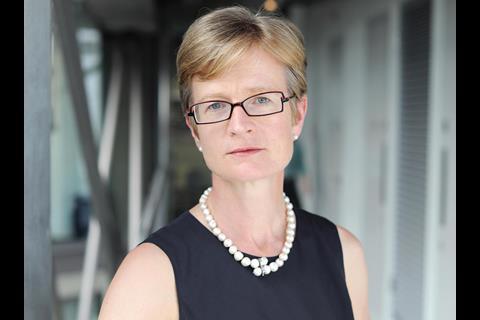 Wade-Gery: stores and ecommerce are complementary

Marks & Spencer is to tap into a network of 4,300 online order collection points in France as it increasingly adopts a multichannel approach to international expansion.

Collection from locations such as florists, newsagents and launderettes has become a popular fulfilment option among online shoppers in France. From the end of April, M&S will use outlets that are part of the Point Relais distribution chain.

The multichannel push will form an integral part of M&S plans unveiled on Tuesday to increase international profits and sales by 40% and 25% respectively over a three-year period.

The rise of online shopping is enabling the development of a new multichannel model in Western Europe for which France is the bridgehead.

In the past, M&S would have focused on building up a conventional chain of stores in such markets.

“Our strategy of becoming an international, multichannel retailer is more relevant than ever before.”

Now, as in France, the retailer intends to run a handful of flagship stores carrying fashion and food lines in key European cities – Milan and Barcelona are among potential locations – alongside standalone franchised food stores and an online offer.

M&S simultaneously launched its dedicated French website and opened a store on the Champs Elysees in November 2011. Until then the retailer generated sales in France of about £2m a year from its UK site. In 2013/14 M&S achieved sales of £50m in the country.

M&S multichannel ecommerce director Laura Wade-Gery, who has spearheaded the etail strategy including moving off Amazon’s platform, said initiatives such as the French roll-out of collection points and an online debut in Russia are among her priorities in the coming year.

She said that the combination of stores and online complement each other well internationally. “Each time we open a store we see the benefit in our online business,” she observed.

The retailer has adopted three ecommerce models: selling to some overseas markets, such as Canada, from its main site; local websites served by the UK supply chain infrastructure, as in France; and local sites served by local supply chains, as will be the case in China.

As well as France and Western Europe, the retailer’s priority growth markets as it chases its newly unveiled revenue and earnings targets will be India, China, Russia and the Middle East, where local partner Al-Futtaim intends to double the size of its M&S franchise business.

It has recently unveiled a dedicated M&S lingerie and beauty store which will be rolled out in India as well as the Middle East.

M&S chief executive Marc Bolland said: “Our strategy of becoming an international, multichannel retailer is more relevant than ever before because of the strong growth potential of international markets.”