Google is entering the bricks-and-mortar retail space with a ‘shop in shop’ concept that it is launching in partnership with Dixons Carphone. 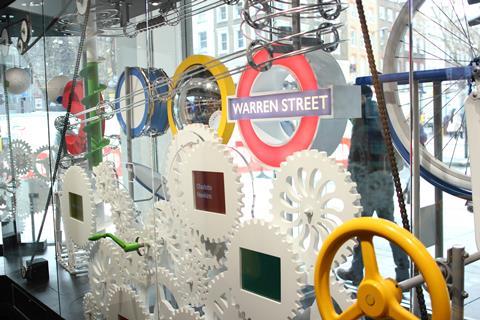 The tech firm has opened the first ‘Google shop’ in Currys PC World on Tottenham Court Road and is using the space to drive sales of its growing hardware range.

Google UK marketing director James Elias said: “Devices are changing and coming in different shapes and sizes, and the pace of innovation has been very fast but in the most part in retail that hasn’t been the case and people buy devices in much the same way. This is our attempt to redefine the experience – we want people to have fun.”

Google will also roll out concession in Currys PC World megastores in Fulham and Thurrock in the coming weeks, but has no plans to take on Apple with standalone stores.

Elias revealed Google could eventually expand beyond more than three concessions but said it is currently focused on testing the concept to see if there is consumer demand for Google stores.

Google previously partnered with Currys PC World in 2011 to launch a pop-up store for its Chromebook brand at the Tottenham Court Road store.

Although Google and Dixons Carphone would not reveal the length of lease for the concessions, it implied the current arrangement was indefinite rather than a short-lived pop-up shop initiative.

Visitors will also be given the opportunity to interact with Google software, with installations including a giant wall that allows a shopper to zoom in anywhere on Google Earth.

Additional features include a ‘doodle wall’ that encourages people to use digital spray cans to create their own take on the Google logo, while a pod will provide a place for customers to watch Google Play Movies or YouTube.

The Google shop will also provide classes on keeping secure online and teaching children the basics of coding.

Currys PC World senior project manager Ainsley Sykes said: “This will be a new and innovative way for customers to engage in store, interacting with the immersive technology as well as having fun while learning.

“Google experts will be on hand to maximise the experience for users and provide help and support around the Google eco-system.”