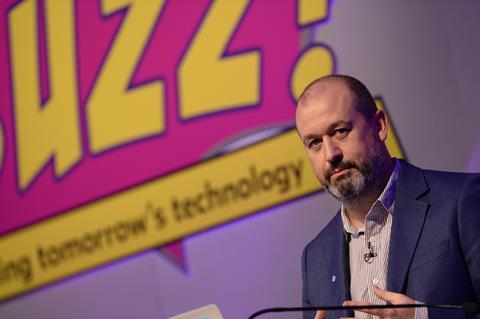 Speaking at Retail Week Buzz, Bracken, who joined the Co-op nine months ago and has worked with the Government and telecommunications industries, spoke about the common challenges retailers are facing around legacy systems and understanding the internet.

“One of my first observations is what a pickle retail has got itself into in terms of product – I’ve not seen something so simple made so difficult in quite some time,” he said.

“[It] is one of the most simple user needs and many retailers don’t offer it because they’re mired in legacy systems in the back-end,” Bracken said.

The Co-op digital boss said that there was a lack of comprehensive understanding of what the internet was really for.

“One of the things that is striking me about retail is that there is not a deep-routed understanding embedded in practices and processes,” he said.

The Co-operative has rolled out a series of new mobile-first products in recent months allowing customers to fund community projects or create their own will, all of which have taken no more than 10 weeks to build from first iteration to going live.

He added that the retailer is working on “dozens” of mobile-led offers to add value to its members across its grocery and electrical arms.

“My aim is to have data scientists, engineers and retailers working side by side and not be able to tell which is which”

The retailer recently opened a digital hub in Manchester and has snapped up experts from outside the industry to work there.

“My aim is to have data scientists, engineers and retailers working side by side and not be able to tell which is which,” he said.

Bracken also referenced Sainsbury’s, which also opened a digital hub in Manchester earlier this year and stressed that the two retailers should be working with each other, rather than poaching talent from each other.

“I don’t know how we do it yet but retailers are going have to find a way to work together to solve common, pervasive problems and hopefully save a few bob in the process,” he said.