1
Analysis: What can be learned from the exodus of chief executives?
People

The bosses of retailers including House of Fraser and Monsoon are dropping left, right and centre, so what exactly is going on? 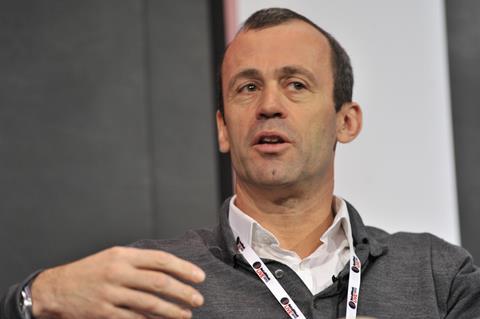 In less than 24 hours it emerged House of Fraser’s John King, Monsoon’s John Browett and Majestic Wine’s Steve Lewis were all stepping down as chief executives of their respective companies.

Headhunters have been blindsided by Lewis’s departure, whereas the exits of King and Browett came as less of a surprise.

King is believed to be keen to move to the US with his American wife after the completion of the sale of the House of Fraser business to the Chinese, while privately-owned Monsoon has had a revolving door of chief executives in recent years.

Although each retailer has their individual reasons for parting company with their chief executive there appears to be something afoot at the higher echelons of the retail industry.

“I feel like I can’t turn the phone off at the moment,” says headhunting firm CTPartners boss Sarah Lim, when discussing the sheer volume of calls she is getting from retail bosses. “It is the busiest I have known it since the crash.”

And the subsequent amount of chief executives taking on new roles is creating a “ripple effect” across the industry as the incoming bosses change their top teams, according to Lim.

“If you look at the trend in the last three years, when you dig into the detail and see which roles have changed, they have been with the much bigger retailers,” says Lim. “That is why you have such a significant effect in the market.”

This week’s exodus of bosses comes on the back of a turbulent year for the grocery sector, which has involved all the big four grocers bar Asda wave goodbye to their chief executives in the last year.

Changes within the grocery sector were driven by a common theme as the big four faced pressure from the premium and budget end of the sector as Aldi, Lidl and Waitrose outperformed the market.

However, as retailers outside the food sector part ways with their leaders, it is harder to determine a thread that ties it all together.

Both Barracuda Search managing director and co-founder Justin Linger and Lim agree the recent slew of departures have more to do with the individual scenarios facing each particular business.

However, Linger says the amount of churn at the top of the retail sector is indicative of the changing role of the chief executive in recent years.

“It is a high-risk position these days, chief executives are almost like interims and there for just two or three years,” says Linger.

Linger believes the trend is much more evident in retail because of the lack of new talent coming into the industry.

“At a senior level in retail there is a lot more turnover,” says Linger. “There is a dearth of talent in retail because there has been a lack of investment.”

Marks & Spencer, which once had a graduate trainee scheme that was the stuff of legend, has significantly reduced its intake of graduate trainees in the last decade, which is emblematic of the lack of investment being poured into the industry, according to Linger.

The problem of a small pool of top executive talent is being compounded by a lack of succession planning.

Lim believes it is starting to feel like there is a lack of forward planning within the industry, with House of Fraser’s careful succession planning being the exception that proves the rule.

“I don’t think putting in a chief financial officer in place as interim chief executive is great succession planning and it seems to be happening a lot,” says Lim.

With so many vacant positions still out there to fill, the turmoil within the industry is set to continue in the short term.

In the long term, retailers would be wise to begin investing again in talent to ensure the merry-go-around at the top does not continue in perpetuity.