The grocers have “emerged from near fatal status and the intensive care ward” and are poised to fight back, a leading analyst has claimed. 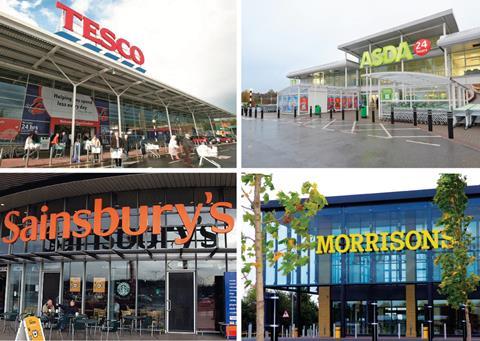 He said these are “ingredients for a better outlook for the industry” and that they could lead to supermarket returns rising again. If favourable conditions continue he said it could end the downgrade cycle in the City and improve investor sentiment.

Black, who in March last year branded the listed grocers as “uninvestable”, said this week that of the three listed grocers, Morrisons and Tesco’s prospects look brighter than Sainsbury’s.

The big four took a battering last year as a combination of price deflation, changing shopping habits and the rise of the discounters took their toll in what has become regarded as an annus horribilis.

Tesco, Sainsbury’s, Morrisons and Asda suffered sales falls and margin hits as they struggled to compete in the ultra-competitive grocery market. “The British supermarkets fell asleep at the wheel and crashed into the wall at great speed,” said Black.

On the right track 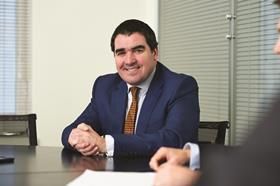 However, he believes the big four are on the right track to make gains and upgraded the sector from underweight to neutral.

He said the return of real wage growth would benefit the grocers, but cautioned: “It is not clear to us that the extra money in their purses will be expended in supermarkets.”

He added: “An uninvestable sector of early 2014 has emerged from near fatal status and the intensive care ward to the threshold of the medical centre. That said, further surgery cannot be ruled out and so this is a patient that needs considerable time to recuperate.

“The sector is not out of the woods but heavy lifting has taken place, volumes are improving, gross margins stabilising, capital expenditure cut and better strategies applied by largely new management.”

He said the grocers are in a good position to “sell” the features that differentiate them from the discounters: choice, counters, checkout services, online, fuel and easy car parking.

Tesco is to update the market next week on its full-year figures.

The UK’s largest supermarket group made progress in recent quarters, posting a 0.3% slide in like-for-likes in the six weeks to January 3, against a 5.4% fall in the second quarter.

Kantar data this year has shown Tesco sales growth returning. Last week Tesco and Sainsbury’s were the only two of the big four to increase sales, according to Kantar data covering the 12 weeks to March 29.

However, Black poured cold water on any Sainsbury’s revival, concluding it “appears particularly exposed to recovering competitors and management guidance is very cautious”.

Sainsbury’s boss Mike Coupe told Retail Week analysts will “write what they write” and said Black was “making the assertion without any evidence”.

Coupe said: “I believe in what I’ve said time and time again. If we focus on executing our plan, making things happen which are relevant to our customers, we will win in the medium to long term.

“I also recognise that the next period of time, probably the next year or two years, will continue to be a challenging period of profound change in our industry.

“So there may be some short-term bumps, we may have to make some sacrifices in the short term to make sure we get things right in the long term, but our track record is pretty good – we managed pretty much seven or eight years of continuous out-performance against our competitors.

“Even if you look at the most recent data we are out-performing our peers.”

Coupe said Black has “got a point of view and I respect him for that” but said there is “no evidence” in the analyst’s claims.

Black believes Morrisons is the more “shareholder-friendly stock” and Shore Capital has a buy stance on its stock due to its relatively strong balance sheet bolstered by a “modest” pension deficit and low lease exposure.

He highlighted Tesco’s strong position in overseas markets as well as boss Dave Lewis’s “calm and measured approach amidst chaos at times”.

“There are still challenges facing the major British supermarkets – the discounters, deflation, rebalancing to mention just three,” concluded Black. “[But] the naive illusion that inflation and gross margin protection, supported by commercial income, could persist has come to an end.”