Crew Clothing is a niche lifestyle clothing retailer that plays on its quintessentially British heritage. It was launched in 1993 by Alistair Parker-Swift, a member of the English free-style ski team. It sells a variety of casual upmarket clothing for men and women, with a nautical classical twist. Its bestselling ranges include rugby shirts, polo shirts and sweatshirts, however it has expanded to include denim ranges, outerwear and printed dresses to appeal to more customers. In keeping with its brand image, the retailer has sponsored a number of prestigious social events including the Whitbread Round the World Race, the England Polo team and tennis at the Royal Albert Hall. It came under US ownership from December 2017 after being acquired by Exquisite Apparel. For a number of years, it sold on a wholesale basis through the likes of House of Fraser, John Lewis, Asos and Very. However, these agreements were terminated in 2018. The retailer now sells through its 80 standalone stores, as well as wholesale through eBay and TK Maxx for clearance stock. 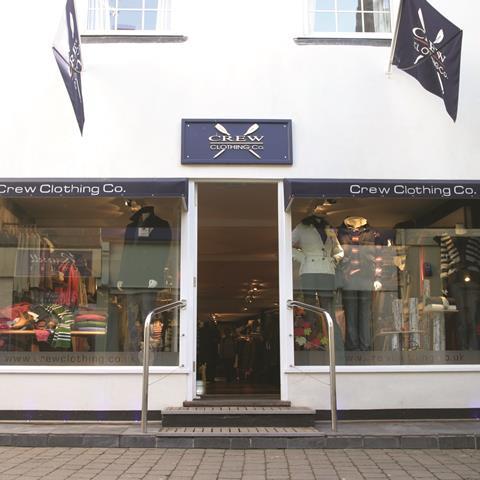 Latest news and insight on Crew Clothing from Retail-Week.com 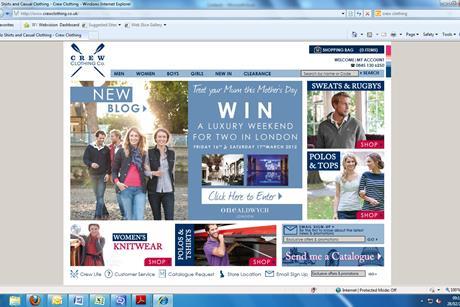 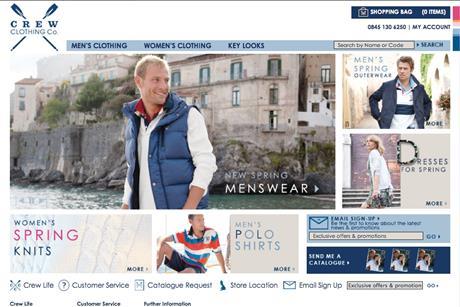 Fashion retailer Crew Clothing is gunning to increase its online sales by 50% this year as it strengthens its multichannel operation.