HMv is trialling the sale of DVDs and some games in 11 vending machines in train stations and Vue cinemas. 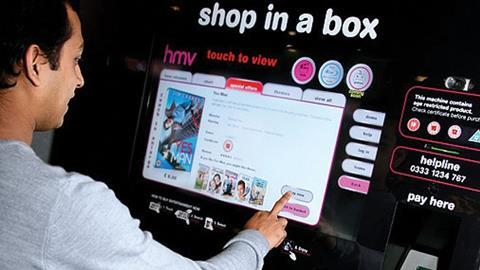 The Shop in a Box has been erected at London stations including Paddington and Liverpool Street, as well as cinemas including Leicester Square.

An HMV spokesman said the vending machines are another example of the retailer bringing entertainment to its customers in different formats.

He also said last month’s Next Big Thing music festival was a “huge success” and will run as a monthly event.