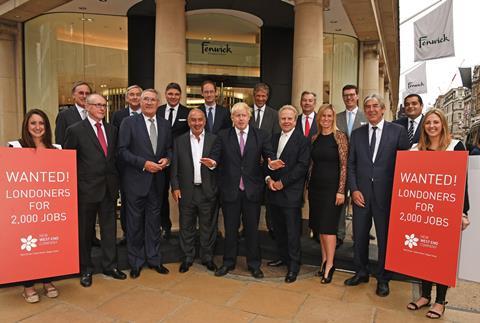 The jobs pledge, coordinated by business association the New West End Company (NWEC), was backed by London mayor Boris Johnson, who joined business leaders for its launch. At present there are about 65,000 retail workers in the West End.

Extending Sunday trading by two hours would boost trade in the capital’s West End by £260m a year, according to the NWEC.

The jobs promise came as the NWEC unveiled its Charter for Growth manifesto, outlining how the district can be made more competitive.

Green said: “This is a vital initiative to keep London’s reputation as a premium and exciting shopping destination.”

Ward added: “The pledge to create thousands of new jobs fits into a programme of measures which will keep London at the forefront of global retail destinations.”