MFI brand back from the dead following £250k deal 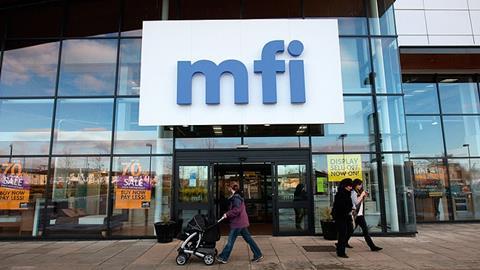 Furniture business MFI, one of the highest-profile retail victims of the downturn, is being resurrected two years after its collapse.

Little-known family run plumbing business Walker Group bought the rights to the MFI brand from administrator MCR for £250,000 earlier this month, and has set up a website, Mfi.co.uk, featuring the same familiar logo as pictured.

The website says: “MFI is being refreshed to offer a more innovative and design-led product range and shopping experience, while continuing the tradition of offering great choice and value for money. The MFI brand relaunch promises to be one of the most eagerly anticipated events in the UK retail calendar.”

It is not known whether a chain of stores is planned. No comment was available from Walker Group, which owns bathrooms business Victoria Plumb.

The change in MFI’s ownership is the latest in the retailer’s tumultuous history - it has at various times been a listed company, merged with Asda and been controlled by private equity.

Some observers question whether the brand still has resonance. David Roth, chief executive of marketing specialist WPP’s The Store, said Walker Group may find it difficult to persuade consumers of MFI’s merits.

Roth said: “It’s an issue of trust. The significant challenge is to reinvent and recreate the brand. The new owners face a challenge because of the history of MFI and because of the mindset of the consumer just emerging from the recession.

“There’s no doubt that the MFI brand has a significant amount of awareness and that’s a positive thing. If the new owners can separate it from its past they have a chance.”

MFI collapsed minutes before Woolworths on November 26, 2008, one of retail’s darkest days.

Other retailers have since rushed to fill the gap left by MFI including DIY specialist Wickes, which this year launched a standalone Wickes Kitchens & Bathrooms fascia (Retail Week, April 1).

Founded in 1964, MFI became famous for its flat-pack furniture in that decade. It was sold to private equity firm Merchant Equity Partners in 2006, before being bought by management in September 2008.