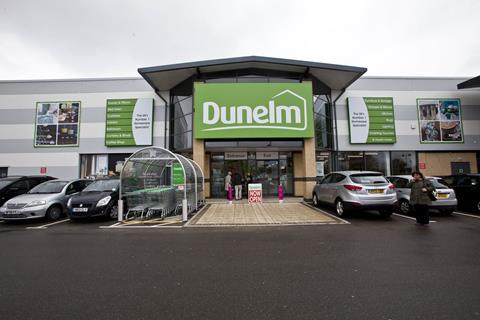 Dunelm chief executive John Browett claimed  “unusually warm weather” in the 13 weeks to October 1 had a dampening effect on the overall homewares market.

He said: “This has correspondingly impacted our store performance over the period given the reduced footfall to our out-of-town superstores.”

However, the retailer reported “good growth” in its online business, including a 17.9% increase in home delivery sales.

Dunelm expects its gross margin to be broadly flat when compared to the equivalent quarter last year, and said it has not yet seen any material impact from adverse foreign exchange markets.

Browett added: “We are looking forward to a stronger second quarter as we continue to invest in extra seasonal space, new till systems, store refits and new store openings. We should also benefit from weaker comparatives.

“Overall, we believe that we are continuing to outperform the homewares market as a whole.”

At its preliminary results last month, Browett told Retail Week ]he had pushed the button on three new store openings on London’s North Circular – in Friern Barnet, Brent Cross and Beckton – scheduled for early next year.

Although Dunelm, which currently operates 152 units, did not open any new shops during the period, the retailer plans to open nine new superstores before the end of its current financial year.