The proposed merger between Sainsbury’s and Asda could spark an increase in prices for consumers, two of its grocery rivals have warned.

Lidl and Waitrose told the Competition and Markets Authority (CMA) that prices could rise as a result of the combination, despite Sainsbury’s and Asda insisting that the deal would lead to a 10% drop in prices on grocery staples.

According to documents published by the CMA today, Lidl said on products where Sainsbury’s and Asda do not compete directly with the discounters, “the merging parties will have the capacity to increase prices”. 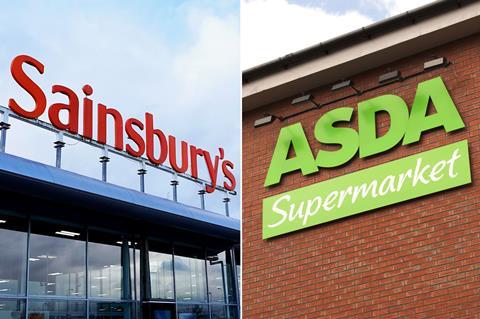 Waitrose echoed that view. The upmarket grocer argued “the proposed merger may affect competition and impact outcomes for consumers”.

Waitrose said the combination of the UK’s second and third largest supermarket operators would “increase the scale and buying power of the merging parties”, which would “have an impact on suppliers”.

It argued the deal would “lead to a homogeneous market, in which customers will be offered a reduced range and, ultimately, an increase in prices”.

The CMA is conducting an in-depth probe into the deal and the impact it could have on competition.

Sainsbury’s and Asda have argued the merger will “unlock significant cost savings, a large proportion of which will be passed directly on to customers through lower prices”.

They insist the cost savings will make the combined business “more competitive on price” and allow it to “invest more in value, quality, range, service and convenience for our customers”.

A spokeswoman for Sainsbury’s and Asda said: “We are working constructively with the CMA and Inquiry panel as they conduct their in-depth review into the proposed merger.

“Customers will be the big winners from the combination. By bringing our two businesses together, we will be able to invest further in range, quality and customer service, while lowering prices and reducing the cost of living for millions of UK households.”