It really is Christmas every day at one shopping centre, Amazon’s Alexa turns out to be a click-happy shopper and Poundland packs a PR punch.

I Wish It Could Be Christmas Every Day 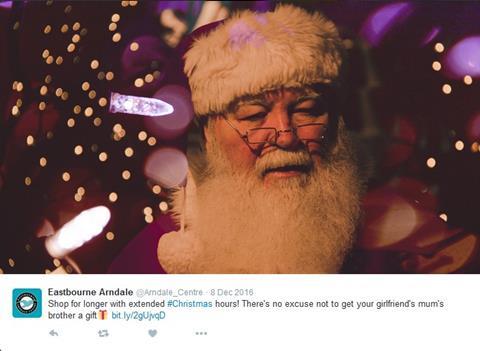 In the run up to Christmas, the shopping centre tweeted about its extended opening hours

We all know that much-loved Wizzard song, ’I Wish It Could Be Christmas Every Day’.

Well, at one retail destination, it is.

Visitors to the Arndale Shopping Centre in Eastbourne are still being greeted by a huge ‘Merry Christmas’ sign, Christmas trees, lights and snowflakes dangling from the ceiling – because the firm that provided the decorations tumbled into administration last month.

Centre bosses have been unable to remove the decorations or even unplug the lights themselves due to health and safety regulations.

Maybe they should just keep them up. After all, there are now less than 350 days to go until Christmas…

Poundland has had a cheeky pop at some of its big-hitting retail rivals over plans to warn shoppers over food waste.

Waitrose, Sainsbury’s and Tesco are reportedly among those that will be erecting signs in aisles reminding customers about sensible portion sizes and how to store food properly.

Food waste has risen for the first time in 10 years, according to food waste charity Wrap.

Sensing a PR opportunity, Poundland, owned by South African giant Steinhoff, put out this statement from trading director Barry Williams: “In light of a recent report which claims some of the UK’s biggest retailers… will be erecting signs to warn shoppers against food waste, we’d like to encourage our customers to think about the amount of money they may be wasting when shopping at said retailers.”

Williams said it will even be putting up its own signs “discouraging customers from indulging in wasteful practices such as shopping anywhere but Poundland”.

The value retailer has been feeling the pinch of late with sliding profits, but surely there are better ways of promoting itself?

Is your Amazon Echo a shopaholic? 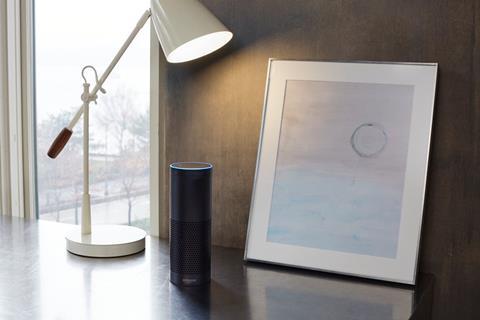 ’Twas the week after Christmas when all round the house, nothing was stirring… except several hundred Amazon Echos all at once.

The voice-activated devices were simultaneously triggered in homes across San Diego by a presenter during a US TV programme.

Following a news item about the gadgets, the presenter said: “I love the little girl saying ‘Alexa ordered me a dollhouse’.”

Mistaking his comment for a command, this reportedly prompted viewers’ Amazon Echos to activate and begin ordering dollhouses online.

The TV programme was discussing a story about a six-year-old child who asked ‘Alexa’ to get her a dollhouse and cookies.

Because her family had not turned on any buying controls, the Echo responded by placing an order for both; the doll’s house and a tin of cookies arrived the Next morning.

This is not the first time television comments have triggered a reaction from Amazon Echos, which turn out to be very enthusiastic shoppers indeed.