Morrisons has reported a 52% slump in pre-tax profits for the year to February 1 and revealed plans to shutter 23 of its convenience stores. 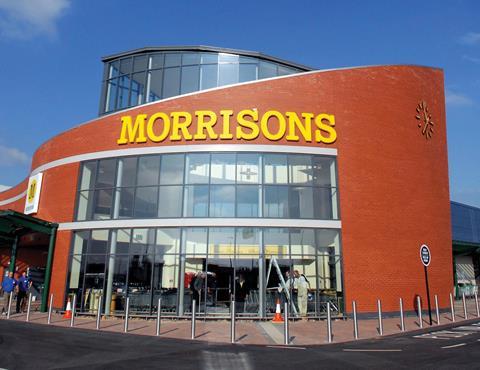 The embattled supermarket giant’s profits fell from £719m to £345m compared with the 2013/14 financial year, its lowest total for eight years.

Like-for-like sales also suffered a dip of 5.9% in what chairman Andrew Higginson described as a “tough” environment.

The grocer’s total sales also dropped 4.9% from £17.7bn to £16.8bn for the year as it lost shoppers to discounters Aldi and Lidl.

Property impairment was £1.2bn due to “market conditions,” which meant the retailer recorded a pre-tax loss of £792m.

Morrisons said it invested £315m “in the customer proposition” during the year and achieved £224m cost savings. The grocer said it was “on track” to achieve its three-year savings target of £1bn.

As part of those savings, Morrisons said it will close 23 of its M Local stores in 2015/16 and slow the roll out of its convenience stores “significantly” while its site selection criteria is reviewed. Around 300 jobs are understood to be at risk under the plans.

Former Tesco executive David Potts will take over as Morrisons chief executive on Monday, charged with “improving the customer offer and building trading momentum” in its stores.

Latest grocery figures from Kantar Worldpanel showed that Morrisons lost 0.1% of market share during the 12 weeks to March 1, taking its slice of the grocery industry pie down to 11%.

Higginson said: “Last year’s trading environment was tough, and we don’t expect any change this year.

“However, Morrisons is a strong, distinctive business – we own most of our supermarkets, have strong cash flow, and are famous with customers for great quality fresh food at low prices. This gives us a good platform.

“David Potts joins as chief executive next week. Under his leadership, we will focus on building trading momentum and being more like the Morrisons our customers expect.

“We will invest more into the proposition and put customers at the heart of everything we do. We will listen and respond to our customers and work hard every day to improve the shopping trip.