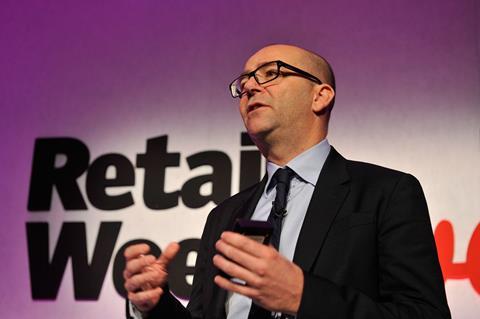 Robinson will join the retailer next year from Bestway – the business that snapped up the Bargain Booze and Wine Rack chains following Conviviality’s collapse into administration.

He will report directly in to Pets at Home boss Peter Pritchard.

He joined Argos in 2003 as trading director for electricals and eventually became chief operating officer in 2014.

Robinson made the switch to Conviviality in 2016 to head up its retail business and remained in the position after Bestway rescued its Bargain Booze and Wine Rack businesses.

Pritchard said: “Following Robert Kent’s appointment as chief data officer only a few weeks ago, we are making another strategically important and senior level appointment, who will be critical to achieving our goal of becoming the world’s best pet care business.

“David has proven strength in running operations across a diverse group of retailers and his experience leading the digital transformation at Argos will be hugely valuable in our pursuit to make Pets at Home an increasingly digitally-led business.”

Robinson said: “I’m very excited to be joining [Pets at Home] at a time when the business is moving towards a more integrated, digitally-led approach, where I can help deliver on its ambitions to be the world’s number one pet care business.”