Retailers feel the heat as consumers save

Store stocks nudged up over the week, but analysts and retailers alike wrung their hands about trading prospects and consumer health as the countdown to Christmas continued. 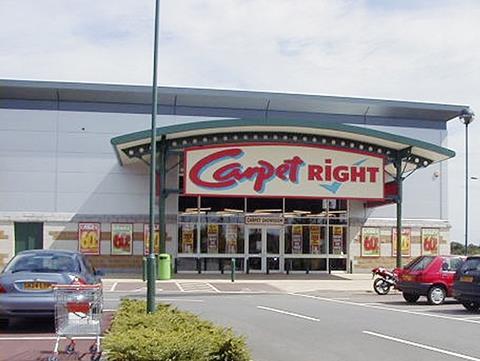 Official data showed consumers saving more, while Asda’s income tracker highlighted unrelenting pressure on spending power – evidenced in a warning from Carpetright that annual profits will be at the low end of expectations.

“Ultimately, new stores are likely to soak up any growth in the wider market and therefore even if we see a pick-up in the consumer environment, like-for-likes are likely to remain low for a number of years.”

Bernstein downgraded Morrisons from outperform to market perform despite its strong year to date. The broker said that Morrisons’ valuation now “more fairly reflects the company’s growth prospects and we see the risks to the investment case as increasingly more balanced”.

Panmure cautioned that it is “squeaky bottom time” for retailers, who face a very difficult Christmas and new year. The broker maintained: “Falling sales and lower profits will be the new normal this year.”

Panmure noted: “Retailers don’t give absolute numbers for the importance of Christmas to profits but, of the quoted players, we would highlight the following as being the most exposed: Argos, Kesa-owned Comet, Debenhams, Dixons, Game and HMV.

Home Retail was savagely marked down after last week’s interims, which showed evaporating profits at flagship business Argos. Sell, urged Investec. The broker said: “The only way to prove to the investment community that Argos still has consumer relevance and traction will be a return to sustained positive like-for-like sales growth. That looks a distant prospect.”

Barclays Capital, which is underweight on Home Retail, concluded: “In our view the second half doesn’t look particularly better than the first and we expect Argos sales to continue their downward trend.”

Peel Hunt is also a buyer but said Debenhams’ shares are likely to struggle as trading updates to come from other retailers hold back sentiment towards the wider sector.

A quarterly update from Next on Wednesday is set to be one of the big talking points in the week to come.