Dune is a London-based, specialist footwear and accessories retailer that is positioned in the upper-end of the mass-market footwear market and tries to project itself as a lifestyle brand. It was founded in 1992 as a concession stand in a fashion store on Oxford Street, London. The retailer operates just over 200 stores globally, including 40 standalone UK stores, as well as 175 concessions in retailers such as Topshop, John Lewis, Selfridges and House of Fraser. It also provides shipping to more than 130 countries in more than 70 currencies via its website. It sells a full range of men’s and women’s shoes, as well as handbags. Having invested in the IT integration of its international operations, Dune aims to better align its ecommerce proposition to new growth opportunities in markets in South America, Africa and Asia. It is also leveraging partnerships in retail analytics and content delivery to achieve a single view of the customer. 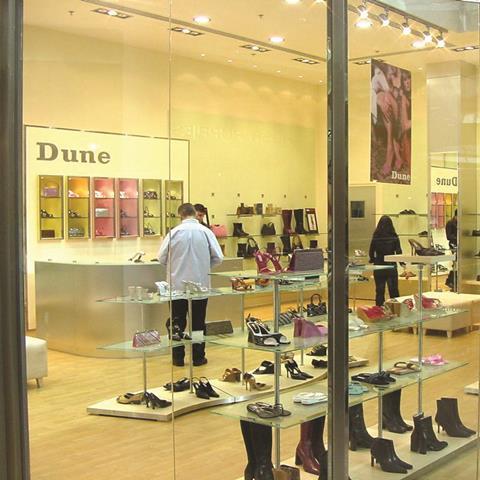 Latest news and insight on Dune from Retail-Week.com 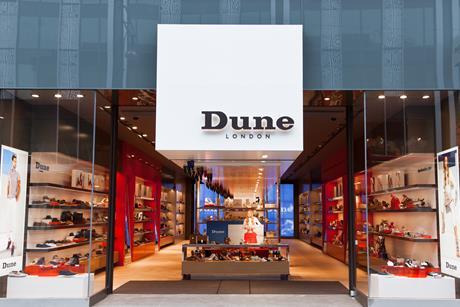 Dune’s chief executive John Egan is standing down after nine years at the helm of the footwear specialist. 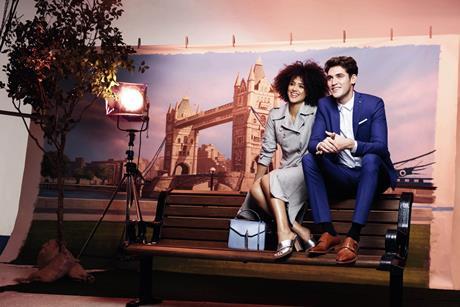 Dune has boosted its online sales by deploying user-generated content on its product pages.