HMV used augmented reality to bring products to life as it celebrated the 100th anniversary of Universal Pictures at the weekend. 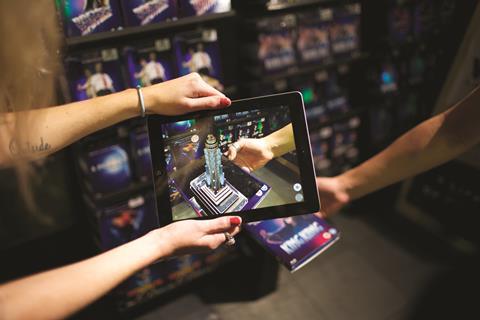 The technology allowed shoppers at HMV’s Oxford Street store to use a smartphone or tablet to scan Universal Pictures DVDs and Blu-rays and bring the films to life by displaying scenes and movie characters in 3D.

A spokesman for HMV said: “This created great retail theatre driving customers into stores and getting them excited. Augmented reality is a novel way to make creative promotions into catalogue that are not just price led.

“There’s a great deal more that can be achieved with permanent forms of augmented reality in store, it can be built into fresh new messaging and bring things to life.

“Customers can really interact with it. You can have your photo taken with a dinosaur and put on Facebook.”