Apple closes in on $1trn valuation as profits surge

Apple has registered a spike in third-quarter sales and profits, pushing its valuation closer to the symbolic $1trn mark.

Apple’s top line was boosted by the ongoing popularity of iPhones. The company, which is currently worth around $935bn (£713bn), sold 41.3 million of its smartphones during the three-month period as shoppers shrugged off the higher price points of the iPhone X. 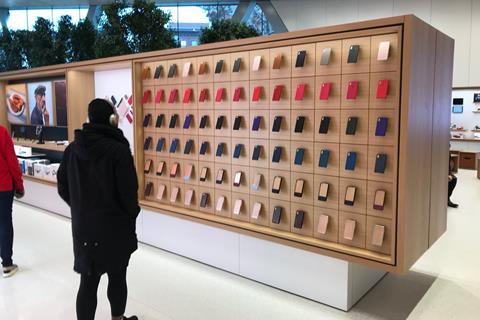 Apple said it offloaded 3.5 million Apple Watches during the quarter, having previously struggled to overcome sluggish sales in the product.

Boss Tim Cook said the results were “driven by continued strong sales of iPhone, services and wearables, and we are very excited about the products and services in our pipeline”.

Apple finance chief Luca Maestri added that growth was “strong all around the world”.

In addition to its retail sales, Apple also reported growth in its fast-growing services arm, which includes Apple Music, as well as a number of online TV, news, cloud-hosting and gaming services.

The business is targeting $50bn in annual revenues from the services division by 2020.

Apple also forecast that fourth-quarter revenues would come in between $60bn and $62bn, ahead of analyst consensus of $59.5bn.

Taking into account its $935bn valuation when markets closed in the US last night, Apple’s share price would need to increase 7% today to hit the magic $1tn mark.

But Apple isn’t the only technology Goliath homing in on a $1trn market cap.

Amazon is worth just over $870bn, Google owner Alphabet is valued at almost $845bn and Microsoft’s market cap is around $815bn.