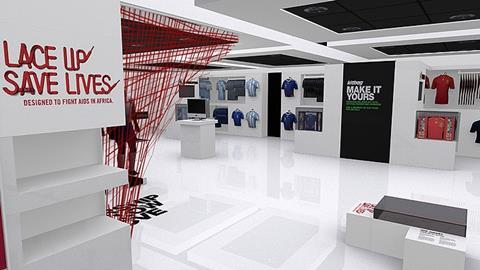 The 7,000 sq ft store, in Manchester’s Market Street, will open for 90 days until the end of the tournament.

He ruled out opening a large chain of shops but said there were “six or seven” cities where a shop offering high-end merchandise could work.

“Sports retail stores on the high street need to be woken up; they all look the same,” he added.

Kitbag, owned by Findel, will also have computers in the store so shoppers can order and pay for Kitbag’s full online range.