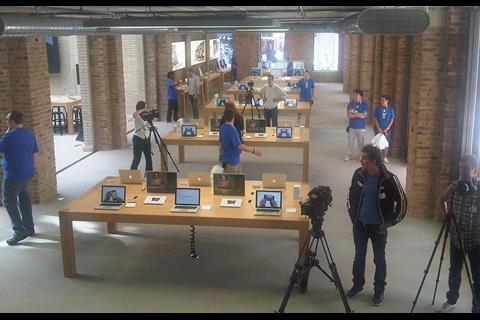 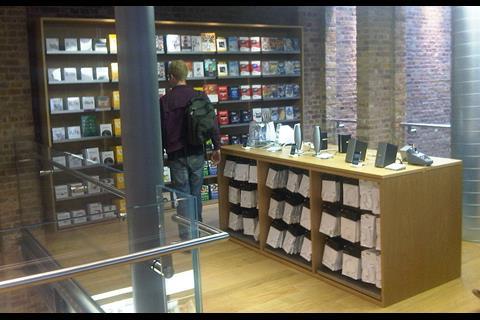 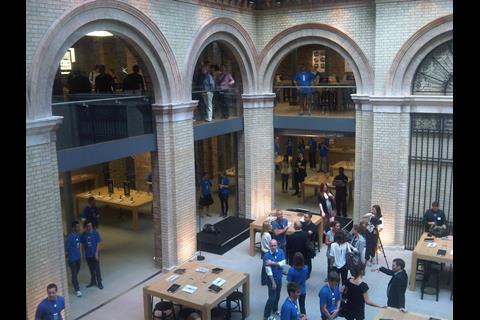 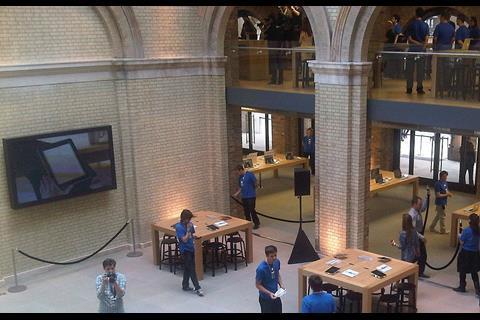 Technology giant Apple has shown off its Covent Garden store, which opens to the public at 10am on Saturday.

The shop, Apple’s biggest in the world, includes rooms dedicated to the company’s groundbreaking products such as the iPad and iPhone and features such as a ‘genius bar’ for free technical support and a community room. The shop also includes a courtyard covered by a spectacular clear canopy.

Apple is also pitching its offer to local businesses. For the first time in the UK, local companies can make an appointment a ‘briefing room’ for free workshops or help finding the right technology solutions.

Apple senior vice president of retail Ron Johnson said that, on opening, the Covent Garden store will have more iPads and iPhones “than any other place in the world”.

Apple has only been a retailer for 10 years but Covent Garden will be its 300th store worldwide and its 20th in the UK. Apple’s Regent Street shop is understood to be the most profitable in London per sq ft. Takings are estimated to be £60m per year, or £2,000 per sq ft.

Johnson said: “Our store on Regent Street is one of the most popular and successful Apple stores in the world and we think people will love Covent Garden just as much.”