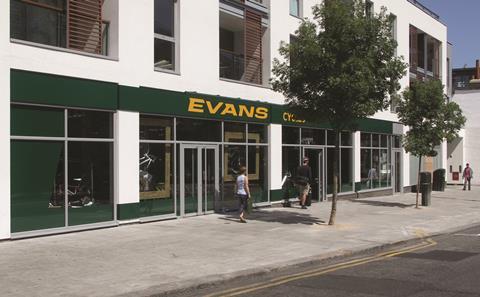 King has been hired to replace Nick Wilkinson, who left the bike retailer just over a year after the business was sold to ECI Partners.

Evans has endured a tough time of late, reporting a 69% slump profits in its last full-year as it grapples with a softer UK cycling market.

However, King, a keen cyclist, said taking the job was an “easy decision”.

He added: “I’m a big fan of the company and its aim to be at the heart of UK cycling as both a retailer and a supporter of grassroots cycling.”

Evans’ chairman Mike Tomkins, said King is “just the man to help the company take the next steps forward”.

King stepped down after three years at the helm of Dobbies when it was sold by Tesco to a group of investors in a deal worth £217m.

Former Maplin and Somerfield boss John Cleland has taken over as chief executive at the garden centre chain and King remains an adviser to its board.

Prior to Dobbies, King led Notcutts Garden Centres and was global marketing director at The Body Shop and Mothercare.

King was reportedly recruited by headhunters at Clarity Search.