Value fashion giant Primark is to open a three-floor, 67,400 sq ft store in the Trinity Leeds shopping centre, which will open in 2013. 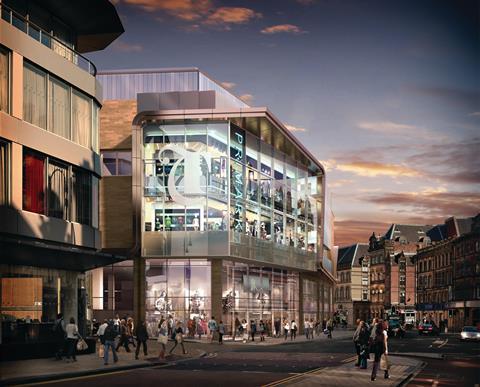 Want to know more about Primark?

Developer Land Securities said the centre is now 58% pre-let and in solicitors’ hands, ahead of opening, which it claimed “defies the existing challenging market”.

Trinity Leeds will catapult the city from seventh to fourth place in the UK retail rankings when it opens, putting it ahead of Manchester, according to projections from analyst CACI.

Primark’s shop will be the largest space taken by a fashion brand in the development, which Land Securities said is “set to transform shopping in the North”. The store will be located at the centre’s western end, opposite H&M.

The developer said the signing is “another strong vote of confidence” for the 1 million sq ft shopping and leisure destination.

Primark parent Associated British Foods (ABF) noted in February that since the new year there had been a “noticeable slowing down of UK consumer demand”.

However, ABF still expected Primark’s sales to be 11% ahead of last year and like-for-likes up 3%.

The Trinity Leeds project was the first major city centre retail development to restart work since the downturn, when many projects were scrapped or put on hold.

After Westfield Stratford opens in September, there are no big, new shopping centre due to open until Trinity Leeds.