Steinhoff has snapped up former Target boss Stuart Machin as chief executive of Benson for Beds and Harveys, RetailWeek.com can reveal. 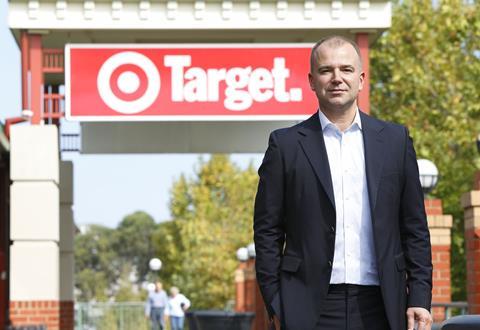 Machin will join the South African retail giant in August as chief executive of its UK retail home and housewares division.

Machin, who has previously held operations director roles at Asda, Sainsbury’s and Tesco, was most recently managing director of Target in Australia.

Machin stepped down from the role last April amid an accounting probe at the retailer, which he was not implicated in.

The role will see Machin return to the UK retail sector after taking the role of chief of operations at Coles Supermarkets in Australia in 2008.

Machin’s role has been created to bolster Steinhoff’s UK team as UK retail chief executive Sean Summers has taken on wider responsibilities in the group pertaining to its recent acquisition of Mattress Firm in the US.

Summers said: “Stuart is a well-respected industry figure and his appointment is a reflection of the growth and vision the Steinhoff Group has for its Home and Housewares retail business.

“We are looking forward to Stuart joining the team this summer and are excited to have him on board for our next chapter.”

Steinhoff reported jumping profits at the half-year mark earlier this month, although its UK division faltered.