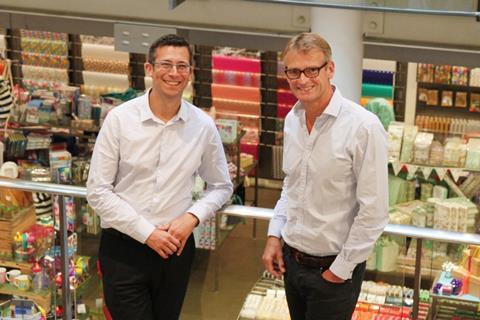 The stationery, cards and gifts retailer has also promoted retail finance director Kevin Heath to the role of chief financial officer as it freshens up its executive board.

It comes after Retail Week revealed in July that David Bateman was stepping down from the role after 17 years with the business.

Gibson led organic food delivery firm Abel & Cole between March 2006 and May 2009 and has also held senior roles with The Disney Store, where he was trading director, and most recently served as managing director of food wholesaler The Brakes Group for almost seven years.

Paperchase boss Timothy Melgund said: “These are two very important appointments for Paperchase. We wanted to find a COO who had real empathy with our Paperchase DNA, who understands the brand’s potential and can work alongside the current senior team.

“Duncan has consistently demonstrated that in his career and has a real breadth of experience.”

Gibson said: “Paperchase is a special retailer that has such a clear and differentiated position in the market.

“I believe the potential, both in the UK and internationally, is incredibly exciting and I’m really looking forward to working with the team”.

On Heath’s promotion, Melgund added: “Kevin Heath has been key figure in the business for many years and I’m delighted to see him progress to our main board. These two appointments are very good news for Paperchase.”