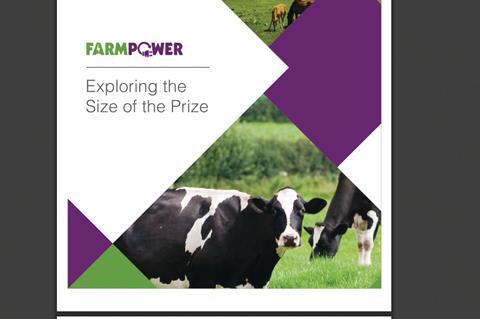 Supermarkets could soon get their energy from the most unlikely of sources.

A ‘Farm Power’ campaign is under way to get the grocers to buy home-grown energy. The initiative is being run by the Forum for the Future and is suggesting “anaerobic digestion systems” as a possible way of powering supermarkets up and down the country.

And the magic ingredient for anaerobic digestion? Cow manure.

One can only imagine how many Tesco Extras that could power. It gives a whole new meaning to ‘clean energy’.

Shoppers were tickled pink last week by one retailer’s Black Friday antics. Menswear retailer Thomas Pink hired a pink-clad Father Christmas to drive around London in a pink car. The retailer also deployed ‘Pink Huntsmen’, who rang bells and handed out postcards to passing shoppers to raise awareness of its Jump for Joy promotion, where it offered a 20% discount.

The expression ‘swearing like a sailor’ could not be more apt when it comes to the high street minister.

Conservative MP Penny Mordaunt achieved the impressive feat of saying the word “cock” six times during a speech in the House of Commons last year.

This week she admitted she was not referring to anyone on the opposition benches but was instead taking part in a bet.

Mordaunt is a reserve in the Royal Navy and officers at Dartmouth Naval College challenged her to turn the air blue in Parliament. Mordaunt craftily snuck in the cock references by concocting a speech about the welfare of poultry in her Portsmouth North constituency.

In her role as high street minister her speeches will no doubt enliven any retail industry do. The late afternoon lull after lunch would be the perfect slot for a keynote from Mordaunt.

With the campylobacter chicken bug high on the agenda for supermarkets, there should be plenty more double entendre opportunities for Mordaunt.