Debenhams revealed this morning that its chief executive Michael Sharp will step down next year. We round up the City reaction. 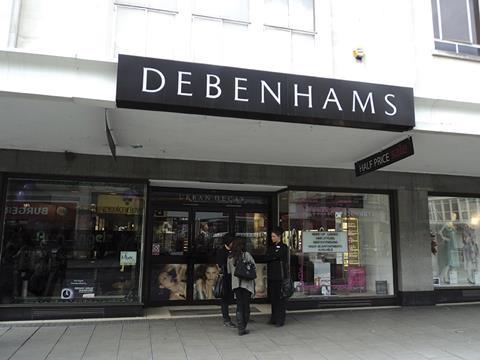 “We thought it unlikely that a retailer would change its management team just weeks ahead of peak trading, although Debenhams has announced that Michael Sharp will step down at some point in 2016, allowing time to recruit a successor.

“We expect an external appointment. To a certain extent, this news will take the focus away from the core business and efforts to improve the retail proposition into Christmas. There is also a risk that the uncertainty of management and strategic change will leaves the shares in limbo.” – Peel Hunt analyst John Stevenson

“Given guidance on margins and costs is in line with expectations, we would argue that there is some gas in the tank regarding consensus forecasts pending a successful A/W15 season. Trading has been encouraging so far in current trading. The boardroom shenanigans have resulted in the CEO announcing his retirement in 2016. By then the strategic initiatives should be bedded in well enough to avoid disrupting progress.”  – N+1 Singer analyst Matthew McEachran.

“Ahead of today’s finals, there had been growing rumours that the recent investor unrest at Debenhams would claim the scalp of the beleaguered CEO Michael Sharp. Mike says that “I hope being transparent about my intentions will stop recent speculation becoming a distraction” and, with the key Xmas trading period coming up ,we wish him good luck with that. But exactly when he intends to step down is unclear (his 5 years is not up until September 2016…) and who will take over as CEO is also unclear. If the embattled Chairman  Nigel Northridge means what he says (“The Board are confident we have a clear and effective strategy”) then the obvious internal candidate, the Trading Director, Suzanne Harlow, will be in with a good chance, but if Debs decide in the end to pursue a different strategy then an outsider will probably be brought in.” – Independent analyst Nick Bubb

“Full year results are slightly ahead of our forecasts and consensus, with marginally lower gross margins offset by strong cost control. Management is making good progress on key priorities around stock control, driving full price sales growth and managing the cost of online growth while maintaining good top-line momentum. This is reflected in a confident new commitment to progressive dividend growth and a lower medium-term net debt-to-EBITDA target of 0.5x, versus 1.0x previously. Hence Michael Sharp’s intention to resign is from a position of strength, with the business delivering on its priorities.” – Stifel analyst James Collins