All my life I’ve heard smart, intelligent people say the words ‘it will never happen’.

Anything that a smart, higher ranked person say’s won’t happen.

Every day I read about things that are now happening, things that people previously thought would never happen.

It’s happening and this is just the start.

I’ve spoken to so many chief executives in my life to tell them about things that are going happen and their response has always been the same – ‘no, it will never happen’.

Why do people say this? Two reasons.

First, confirmation bias. We interpret facts to confirm our beliefs.

Confirmation bias is a tendency to search for or interpret information in a way that confirms preconceptions, leading to errors.

Even in cases where people do expose themselves to alternative points of view, it may be a form of confirmation bias, in that we want to confirm that the opposition is, indeed, wrong.

Even as you are reading this, lots of people will be coming up with reasons why I am wrong.

The second reason is that highly paid people who have lots of money left over every month after they pay their bills and mortgage don’t understand what their customers feel like every month.

They lack empathy, they don’t feel like their customers.

All the legends in retail understood what their customers felt.

It’s hard, but learn to listen and don’t say ‘it will never happen’.

You never know, you may be able to look back in a few years and say ‘you were right – it did happen’. 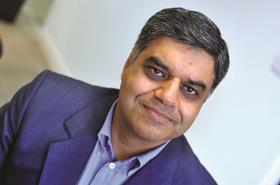 Ajaz Ahmed launched Freeserve and is the founder of Legal365.com