Home shopping giant Shop Direct  – which owns the Littlewoods and Very brands – expects half of all sales to come via mobile phones in the next four years following a mobile sales surge over Christmas. 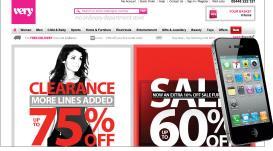 Group chief executive Mark Newton-Jones said consumers had been shopping using mobile in the same way they do using computers this Christmas.

Mobile accounted for 11% of Shop Direct’s online sales, which account for up three quarters of its revenue. Catalogue sales make up the remainder.

The number of transactions through mobile phones over Christmas was up 40%, while revenue via the channel rocketed 500%.

Newton-Jones said: “Last year people were only buying smaller items via mobile and using it for research, but now we’re seeing real conversion. Customers are becoming more confident – it is like the early days of online.”

The retailer reported it is working to improve its mobile shopping experience and will introduce video to its mobile sites from the spring.

Sales surged across the group over the six weeks to December 31 when revenue rose 9% which Newton-Jones said was due to “pent-up demand” which had built up over a slow October and November.

He was cautious about 2012 and expected sales to decline during the year.