Bond Street, Oxford Street and Regent Street are likely to be hardest hit by the next business rates revaluation which is expected to increase their bills by 80%. 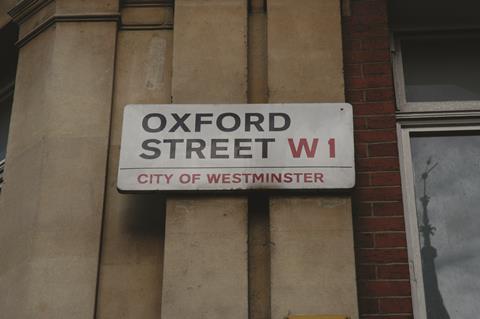 According to property consultancy and rating specialist Gerald Eve, London’s West End will suffer a £131m (80%) hike in rates. Bond Street will be the worst affected due to housing a higher number of luxury brands since the last revaluation in 2010, which pushed up the value of the properties. The street’s bill will more than double to £87.3m a year.

But it is good news for high streets that have been hard hit by the recession.

Rates are forecast to fall by 30% for high streets in Portsmouth and Wigan for instance, and by 35% in West Bromwich, Stockport and Crewe, and 40% or more in Bury, Swindon and Middlesbrough. Walsall, Stockton and Dewsbury retailers can also expect decreases of over 40%.

Jerry Schurder, head of business rates at Gerald Eve, said: “The results of our shadow revaluation not only highlight the huge disparities between shops that have performed well since the recession and those that have struggled to reverse the decline, but also underline what a mistake it was to postpone the revaluation by two years.

“Shops in the worst affected areas have effectively been subsidising the luxury retailers of Bond Street, and should have benefitted from lower bills today rather than in two years’ time.”

The predictions use Gerald Eve’s market intelligence to conduct a ‘shadow revaluation’ of all 1.8 million non-domestic properties in England. The Valuation Office Agency’s (VOA) results will be revealed in autumn 2016, and applied from April 2017.

Gerald Eve said the extreme volatility in rates bills that will hit retailers in 2017 proves that revaluations need to be conducted more frequently.