Retailers including Arcadia Group boss Sir Philip Green and Harold Tillman, owner of Jaeger and Aquascutum, were among store chiefs who gathered this morning to promote the fifth traffic-free Christmas shopping day in London’s West End. 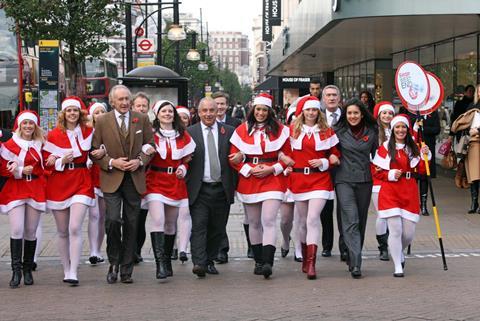 From midday on Saturday December 5, Oxford Street and Regent Street will go traffic-free. Last year’s event, which ran over a weekend, generated £150m of sales for West End retailers.

The New West End Company will host customer pamper and chill-out areas, pop-up entertainment and shows in the streets on the day.