Morrisons has hailed a “strong” third-quarter performance despite suffering a slowdown from its summer sales spike.

The grocer’s like-for-likes increased 5.6% in the 13 weeks to November 4, a slower rate than the 6.3% jump it recorded in its second quarter, which marked its best growth for nine years.

Morrisons insisted sales “eased” during the period “as expected”, without the favourable impact of the good weather and the football World Cup.

The supermarket giant said 1.3% of its third-quarter uplift came from its retail operations, while the remaining 4.3% was earned through its burgeoning wholesale division. 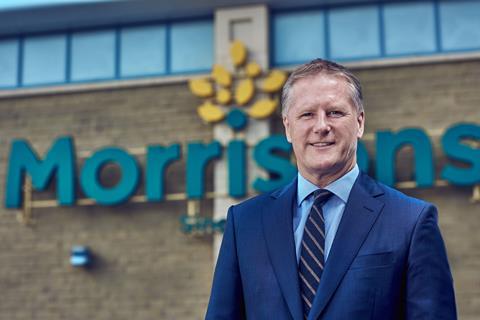 Total sales during the 13-week period were up 6% excluding fuel.

Morrisons also grew its partnership with Ocado to further boost its digital credentials, as it started to fulfil orders from the online grocer’s new customer fulfilment centre in Erith.

The big four player opened one new store during the quarter, at Acocks Green in Birmingham, and refitted a further tranche of supermarkets under its Fresh Look programme, which it said is now “virtually complete” for the year.

Morrisons boss David Potts said: “After another period of strong growth, and with more customers enjoying shopping at Morrisons, we have now completed three years of positive like for like.

“Our exceptional team of food-makers and shopkeepers are providing good-quality food at great prices, and building a broader offer in-store, online and for our wholesale customers.”