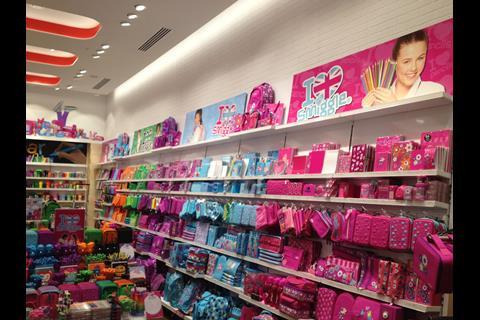 Australian stationery chain Smiggle opened its first UK store in Westfield Stratford City today as it plans a rapid roll out across the country. 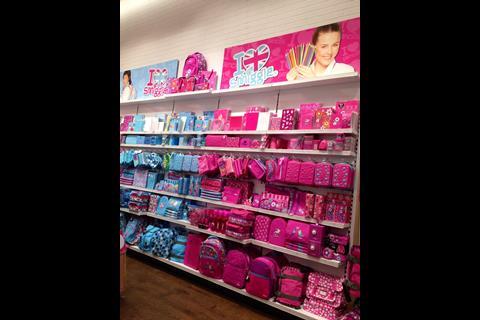 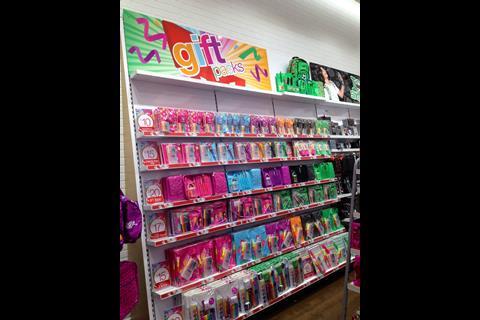 Smiggle, the Australian stationery retailer, opened its first UK store in Westfield Stratford City today as it plans a rapid roll-out across the country.

Smiggle’s debut UK shop kicked off its plans to cover the UK with up to 300 stores in the next five years. The retailer has signed for 11 stores before the end of July and up to 25 are set to be trading by the end of November.

The Stratford store trades across its average 1,000 sq ft and is located on the first floor of the shopping centre adjacent to Lush. It features its trademark rainbow colours – pink, purple, blue, green, orange and black. Aimed at six to 14-year-olds it sells stationery, lunchboxes and some electricals, such as speakers.

Smiggle also has a focus on in-store entertainment through staff demonstrating fun products in store, such as bouncing alarm clocks and colour-changing umbrellas.

Smiggle group general manager John Cheston told Retail Week: “We have a strong relationship with Westfield, which is also Australian and they wanted our first store.

“But we have some great locations and we tend to do well in shopping centres but we have also signed high street stores in Richmond and Bath.”

Cheston said he has hired Clare Wallace who comes from Disney as its regional manager for the south and plans to appoint two more regional managers and a country manager by August.

Cheston added: “Our proposition is very different to Paperchase and not similar at all to WHSmith. The market size in the UK is estimated to be worth $2.4bn (£1.4bn).

“There’s a lot of similarities with the Australian market. We celebrate the same holidays and there is an opportunity in the ‘back to school’ peak. And we were attracted to the UK because of the ease of doing business.”

Cheston added that Smiggle has launched an online microsite for the UK, which is not yet transactional. But he said Smiggle is not a big online player due to its young target audience.