White Company founder Chrissie Rucker and her husband Nick Wheeler of Charles Tyrwhitt Shirts are among retailers to have made the Queen’s New Year Honours list.

The couple are to be awarded OBEs for their respective services to retail, along with former HMV boss Alan Giles. 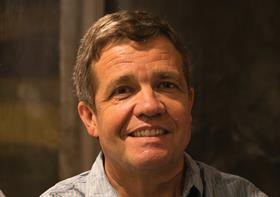 Giles ran HMV for seven years until 2006 and currently sits on the board of the Competition and Markets Authority (CMA).

Rucker, who was made an MBE in 2010, founded homewares retailer White Company in 1994. The firm opened its first store in the US last year and launched a skincare range.

Wheeler, who married Rucker in 1995, formed Charles Tyrwhitt as an undergraduate in 1986, gifting his middle names to the shirts business.

There is also an OBE for AO World non-executive director Jacqueline de Rojas – a former member of the Home Retail board.

More than 1,100 people were named on the main honours list issued by the Cabinet Office last week.

Those selected will be invited to attend an investiture ceremony at a royal residence in the next few months where they will be awarded with their insignia of the order.