Interview: Jones Bootmaker’s new owner Endless on putting a spring in its step

It was only a matter of days ago that the future of Jones Bootmaker looked bleak. 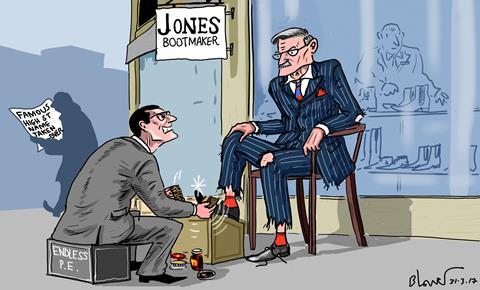 The embattled footwear chain seemed destined to go the way of BHS and Woolworths and disappear from the high street, after a rescue deal put together by Endless collapsed.

But by last Friday evening, the private equity firm had an improved offer accepted by the retailer’s previous owners, Alteri, and it snapped up Jones Bootmaker in a pre-pack administration deal, taking on 72 of its 97 stores for £10.5m.

Endless believes that sum could prove to be a steal for a business that is clearly down at heel, but could shine once again after a bit of a polish.

“We’ve got a saying at Endless that bad is good. This is a business that has been taken to a bad place”

The turnaround firm’s founder Garry Wilson tells Retail Week: “We’ve got a saying at Endless that bad is good. This is a business that has been taken to a bad place.

“When we looked at the stores and we visited head office we thought: ‘A lot of improvement can be made here.’

“I think the business has been weakly managed for several years and I think it’s a business that, with the core of stores we have taken over, will immediately be taken back to a break-even position or better.”

But how does Endless plan to achieve that?

Endless’s previous experience of turnarounds should stand it in good stead.

Nine years ago, it bought 208 of The Works’ stores out of administration, increasing its estate to more than 400 and returning it to profit.

Endless also rejuvenated Bathstore, owning it for less than three years before receiving what Wilson dubs “an offer we couldn’t refuse.”

Wilson has learned lessons aplenty from those success stories, which he plans to draw upon in his bid to achieve similar results at Jones.

“We are looking forward to the challenge. This is what we do.”

“First thing’s first, this can’t be done on a shoestring. We need to properly capitalise the business,” Wilson says, revealing that Endless has already pumped £10m of capital into Jones to shore up its balance sheet. 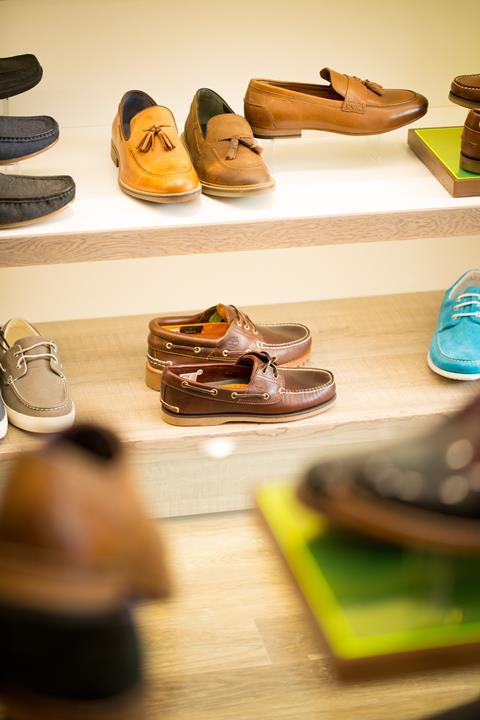 “There hasn’t been investment in stores, so quite a few look shabby and I think there has been a lack of communication with staff in the stores,” says Endless founder Garry Wilson

“There will be a loss of confidence amongst suppliers and we need to – and we have – given the business enough money to make sure it can operate, get its stock in on time, satisfy agreed arrangements with suppliers and make people realise that Jones is financially stable again.

“Alongside that, it’s announcing the management team so that the world knows who’s coming on this journey. It’s crucial to get that done quickly and it will be done quickly.”

Once the new chief executive is in place – Wilson says they will be named “in the coming days”– the new leadership team can set about formulating their turnaround plan.

Wilson already has a clear idea of the areas of the Jones business that require attention.

“One of the things that attracted us to Jones was that we have a lot of faith in the new buying director, Sarah Davies”

“I think we can make good headway on its ecommerce offering and there is an awful lot of improvement that can be made to the product in its stores,” Wilson points out.

“One of the things that attracted us to Jones was that we have a lot of faith in the new buying director, Sarah Davies. She explained her vision for the product and that very much fitted with what we thought, which is: ‘Let’s take Jones back to being a supplier of quality footwear.’

“It’s been cooped up with Brantano and some services have been shared with Brantano, which I think has led to the quality at Jones dipping. Frankly, it’s not been good enough.

“There hasn’t been investment in stores, so quite a few look shabby and I think there has been a lack of communication with staff in the stores,” he adds.

“There is a lack of understanding among staff as to where the business is actually going.

“In short, it’s a business which has huge potential for improvement.”

Wilson is well aware that Jones “isn’t going to be fixed overnight”.

He dubs the year ahead as one of “stabilisation” and “stopping the rot” that has undoubtedly set in.

Looking further ahead, Wilson is, perhaps ambitiously, targeting a return to profitability in year two.

“We can start to make long-term plans, communicate that to everyone and ask for the support of suppliers and staff”

But he can’t allow himself to future-gaze too much, given Jones’ current circumstances.

“The first place we have to start is communication – telling people what we need to do,” Wilson states.

“As we sit here this week, it’s about crisis management. It’s about making sure that everything calms down after the stresses of the last few weeks and once everything is stabilised, we can start to make long-term plans, communicate that to everyone and ask for the support of suppliers and staff.”

That road is sure to be a long and bumpy one, but Wilson’s confidence should serve as a warning to Jones’ footwear rivals.

“We are looking forward to the challenge. This is what we do,” he thunders.