Former Marks & Spencer womenswear boss Frances Russell is poised to join Amazon as it ramps up its focus on fashion, according to reports.

Russell, who left M&S last year, is understood to be in the process of joining the ecommerce giant in a senior role, Sky News reported.

It is not known whether Russell would be based in the UK or overseas. Her potential title is also unknown. Several news outlets reported earlier this week that Amazon had advertised for roles including a senior product manager. 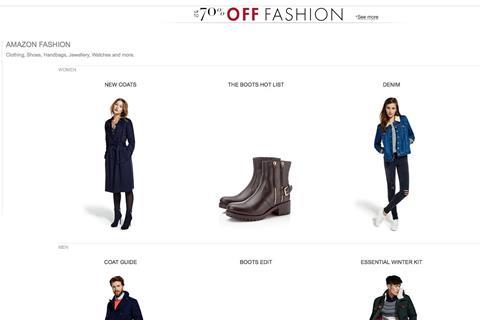 Amazon, which has ramped up its fashion credentials of late, is thought to be launching an own-label offering. It recently invested in opening a photography studio in East London, which it uses to create both editorial campaigns and stock images of its fashion products.

Russell headed up M&S’s womenswear business from November 2012 to August 2015. She was replaced by Jo Jenkins, who at the time was head of the department store’s lingerie and beauty division.

At the same time, Steve Rowe was appointed as head of general merchandise after the departure of John Dixon. Rowe has since been named as outgoing chief executive Marc Bolland’s successor.