A third of shoppers say they will spend less in the January Sales because of pre-Christmas events such as Black Friday, according to a poll.

Some 34% of consumers plan to spend less in the January Sales after getting deals during Black Friday and Cyber Monday, according to an ICM poll conducted exclusively for Retail Week.

Only one in six plan to spend more during the post-Christmas sales period than they did last time around.

However a third of shoppers still think they will get the best bargains during the January Sales – with 45% of those shoppers in the 18-to-34 age group.

It comes as retailers prepare for a final push in the run up to Christmas, with some analysts predicting a late spending spree.

The ICM poll also found that nearly half of consumers will start their post-Christmas shopping online, with nearly a fifth expected to begin their shopping by 9am Boxing Day.

See the full ICM data below: 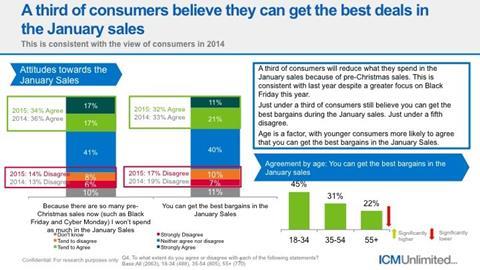 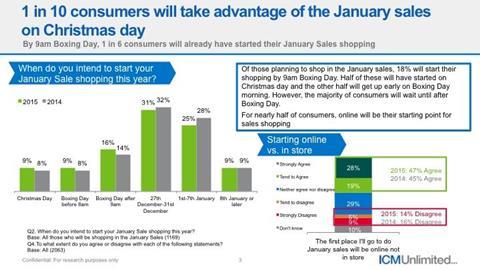 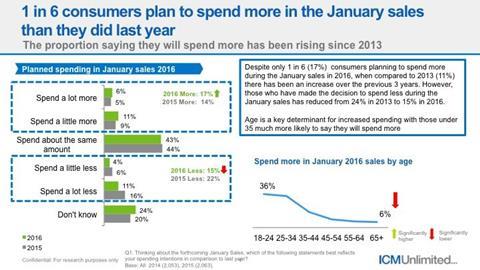 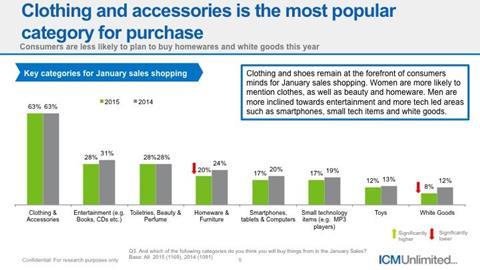