Ann Summers is plotting wholesale growth after its tieup with Shop Direct helped to drive a profits rise in its last financial year. 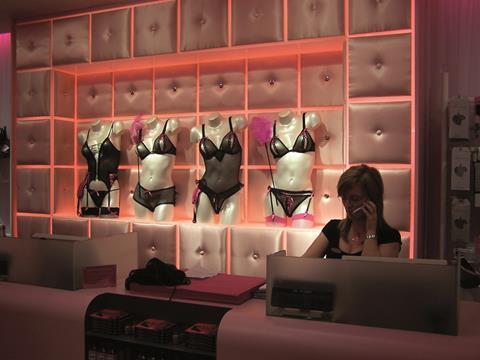 Ann Summers is plotting wholesale growth after its tie-up with Shop Direct helped to drive a profits rise in its last financial year.

The sex toy retailer, which since year-end has also started selling its products in Superdrug stores, said it was aiming to “build this route to market”.

Ann Summers chief executive Jacqueline Gold told Retail Week: “We have a number of other projects coming up in the next year. This is a very exciting time for Ann Summers.”

As part of its brand overhaul Ann Summers developed a new store format and packaging. It also designed more fashion-led product and relaunched its website. Gold said: “In the last year we began to see the impact of the investment that had been made in our new brand identity.

We saw our sales per store increase, and we also saw a very positive impact from our new ecommerce site which was launched in line with the new brand identity.”

The new store model, which made its debut at Westfield Stratford City in 2011, will be rolled out after a further seven revamps were “received extremely well”.

Gold said the retailer’s strong sales performance had continued into its current year as it made the most of the Fifty Shades of Grey phenomenon.

Ann Summers’ investment in its ecommerce operation paid off during the year, as online sales climbed by double digits.

The retailer increased the breadth of its offer online as well as adding enriched content and improving navigation.

It is also working on developing a mobile-optimised site and improving in-store ordering to enhance its multichannel credentials.