Wearable tech from Google Glass to contact lenses and even password pills will all make a splash in the next few years, according to industry retail head at Google John Gillan. 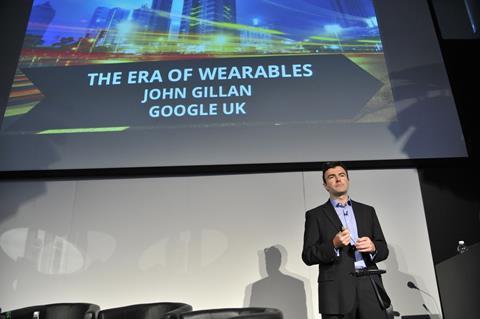 He spoke at the Retail Week Technology and Ecommerce Summit about the impact he expects them to have.

He said the best way to approach wearables is as a technology that can be used to improve customers’ – and employees’ – lives. “They’re very useful from a context perspective, and helping to improve people’s lives. Instead of sifting through emails wondering which are important, you can be shown the ones that are. It helps you get through that information.”

The wearable technology market is developing quickly – Google is working with eyewear brand Fossil to make its Google Glass more popular among fashionistas, while Motorola has even developed a digestible pill that contains a tiny chip that, once digested, sends out a signal that can be used to unlock a user’s digital devices.

Gillan added it will take a while before wearables take off properly. “There’s a familiarity issue at the moment,” he said. “A lot of people don’t understand the functionality and usage – there’s a job to be done to educate consumers as to the benefits.”

The benefits to retailers include the type of data they can provide. “They give you niche data that allow you to speak to customers better than ever before.”

Wearables will also support and drive the trend of “mass customisation”, he added. Nike, for instance, is already telling shoppers when to get new trainers based on the amount of mileage they have run.