Amazon is rolling out its Dash button – a device for reordering specific household items – to Prime customers across the UK. 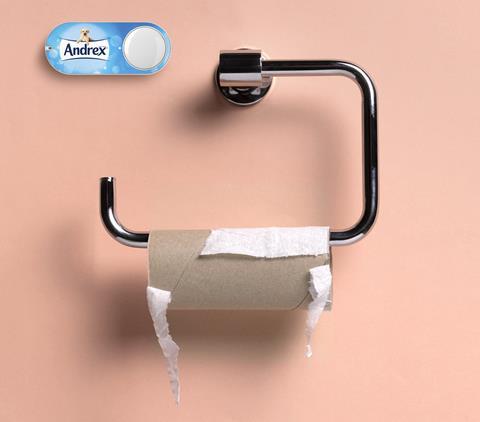 The etail giant’s Dash buttons were made available for Prime customers today for more than 40 brands, including household essentials ranging from air freshener and nappies to condoms.

Amazon, which launched the service in the US last September, has reported a threefold increase in orders of the device for its Prime shoppers in the country over the past two months.

The Dash button is Wi-Fi enabled and costs £4.99, which is deducted from a shopper’s first order using the device. All Dash button orders will have next-day delivery; once an order has been placed, users receive a notification email confirming the purchase.

Amazon Dash director Daniel Rausch said: “Dash buttons offer the convenience of one-click shopping from anywhere in the home – they can be placed near those frequently used items you don’t want to run out of, and when you see supplies running low, the Dash Button makes it easier than ever to order more.”

The etailer is also launching its Dash Replenishment Service for UK shoppers, which allows connected devices such as printers to monitor when they are running low on ink and automatically order new supplies.

Home appliances from suppliers including Siemens and Samsung are integrating Dash Replenishment capabilities into their connected devices, and Amazon has said it will roll out the capabilities with new partners in the coming months.

Vice-president of Amazon’s European arm Jorrit Van der Meulen said: “Dash button gives you the convenience of one-click ordering in your home, and with Dash Replenishment we’re taking it one step further – enabling connected appliances to automatically reorder supplies on your behalf.”

Amazon is rolling out a host of new benefits to bolster its Prime offer, including launching its Fresh grocery offer in June and running its second annual Prime Day last month.