McColl’s has paused the rollout of its Morrisons Daily format in a bid to conserve cash and stave off administration, Retail Week has learned. 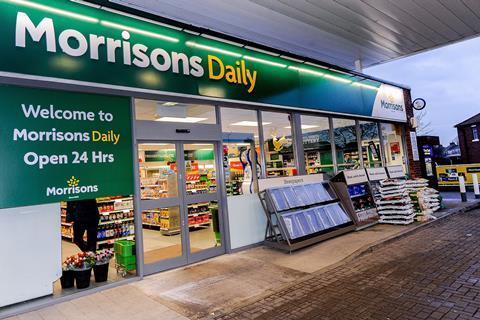 In an internal memo sent to staff in recent days, the embattled convenience store chain said although the Morrisons Daily format was performing well, McColl’s has stopped the conversion of more stores to conserve much-needed capital.

However, cash is rapidly running out and Retail Week understands McColl’s could file a notice of intention to appoint administrators in the coming days.

The retailer remains locked in last-ditch talks with lenders and prospective buyers about securing an eleventh-hour rescue deal, which could yet save the business from going bust.

McColl’s, which trades from 1,100 convenience stores and newsagents across Britain and employs some 16,000 staff, has been on the hunt for buyers or emergency funding since February.

Chief executive Jonathan Miller stepped down in March after more than three decades with the business, with chief operating officer Karen Bird stepping in as CEO.

McColls has converted more than 200 of its stores to the Morrisons Daily fascia since an initial trial in 2019.

The c-store chain said the Morrisons Daily shops trade 20% better on like-for-like sales than McColl’s stores. Last November, it struck a deal with the big-four grocer to extend the planned conversions from 350 to 450 stores by the end of 2022. Those plans have now been shelved as it battles to stay afloat.

The struggling business issued a profit warning a fortnight ago, blaming “softer” Easter trading. It expected full-year adjusted EBITDA to be no higher than £20m.

At the time of the update, McColl’s said: “The move to convert stores to the Morrisons Daily format is fundamentally reshaping the business into a more profitable and sustainable model in the medium term.”

It also reiterated that it was in “active discussion with commercial partners and lenders” to seek a financing solution. New Asda owners the Issa brothers reportedly approached the business with a takeover proposal earlier in the year but walked away from negotiations.

The crisis at McColl’s has only deepened, with the business warning in recent days it would miss its deadline for filing financial results at the end of the month. As a result, the company’s shares are likely to be suspended.

McColl’s share price closed at 1.09p today, valuing the business at just £3m. It was worth more than 30-times that last July.