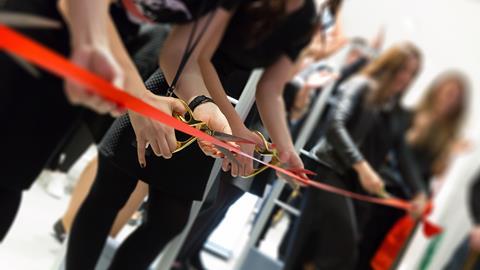 Half (49%) of retailers opening stores next year plan to do so on local high streets in reaction to the shift to work from home and hybrid working, a new Retail Week report reveals.

By contrast, just a quarter (26%) plan to open stores on city-centre high streets next year.

This represents a marked shift away from the prime locations once favoured by retail decision-makers.

Retail Week spoke to 59 retail CEOs – 53 in the UK and six internationally – for the annual flagship outlook and strategy report Retail 2022, with a great number explaining that they need to reach consumers who are working from home for all or part of the week.

The shift to local shopping came across loud and clear. One fashion retail boss told Retail Week: “We’re seeing the high streets performing a lot better than our major city centres, the larger stores. So, for us, with a predominance of local stores, we really believe that will play into our hands.”

Waterstones managing director James Daunt agreed. He said: “Our local shops, the market town small high street shops, have boomed, and the metropolitan city-centre shops have declined. Because of the nature of our estate, and the fact that we are so heavily penetrated into local high streets, it’s been very positive.”

One leader of a convenience shop and newsagent group said he thinks the business will “continue to benefit from increased local shopping, being a convenience store retailer”.

Good deals to be found

The exit of big chains such as Debenhams (with the exception of its recent beauty store opening) and the Arcadia brands means that there are good deals to be found in many locations, the CEOs said.

Ted Baker chief executive Rachel Osborne said: “We believe that the landlord property market is quite flexible at the moment. You can get a decent deal, which means you can basically do very short-term leases.”

The changing role of the store

Another key theme was the emergence of stores acting as distribution hubs or inspiration centres, rather than being stocked to the brim with products.

The chief executive of a cycling apparel retailer said: “It’s a place for customers to engage with the brand, the sport and each other. It’s content, commerce and community all combined.”

Homebase chief executive Damian McGloughlin agreed and added: “In a world where consumers can order products to their door at the click of a button, a physical store has to offer something more than just the items it sells.

“It needs to be an engaging and inspirational experience with plenty of creative ideas that don’t necessarily have as much of an impact online.”

“In a world where consumers can order products to their door at the click of a button, a physical store has to offer something more than just the items it sells”

The chief executive of a fashion retailer said they expect to have fewer stores going forward: “[They will be in] local markets, definitely holiday destinations, and their emphasis and focus will be as much about convenience as experience.”

Another fashion retail chief executive added: “Going forward, clearly the role of the store has to be two things. It’s for brand engagement and it becomes a distribution channel.”

He said: “We are starting to trial a technology-led store with limited inventory, and if that is successful within the next three years, we will just use our stores as technology centres with zero inventory.

“We will have 3D foot scanning and augmented reality, so people can try on the shoe, or style, without physically putting the shoe on their foot.”

“We are starting to trial a technology-led store with limited inventory, and if that is successful within the next three years, we will just use our stores as technology centres with zero inventory”

The changes are being felt across sectors, including in telecoms.

BT consumer division managing director for commercial Bridget Lea said: “The role of the store in our industry has been quite transactional and functional. We see that changing quite significantly over the next three years to more inspirational places helping people get more comfortable using technology, social spaces for local communities.

“We want our spaces to be real hubs in the community in the future and less about needing a new device.”

These are just some of the key findings within the Retail 2022 outlook and strategy report, which is based on in-depth interviews with the leaders of 59 retailers including Gymshark, Pets at Home, Levi’s, Currys and Beauty Pie. 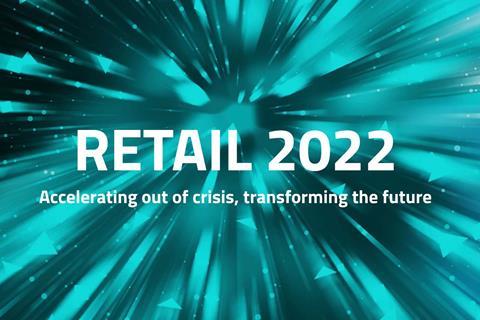 Find out more by downloading the report now.