Retail Week Live: 'Are robot fears based on psychology rather than reality?', asks Nesta

Nesta head of research Stian Westlake has questioned whether humans’ concerns about robots dominating the future are based on reality or psychological concerns. 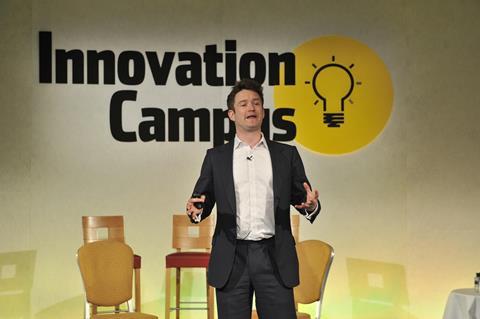 Speaking at Retail Week Live, Westlake points out that 13th and 14th century art depicting automatons proves our fears about robots have existed for centuries.

He said: “Even before robots existed we were worried. Does that mean our worries were informed by reality or are they more psychological?”

One 13th century manuscript shows a gold automaton determining which guests deserve food and causing embarrassment for guests that were not suitably dignified.

However, Westlake predicts when the robot revolution comes “it will be a subtle one” and a case of “racing with machines, not against them”.

Westlake believes robots are “socially worrying” by citing a study that showed robots will threaten routine blue collar and white collar jobs, creating a divide in society by only leaving the highest and lowest jobs safe.

Robots are a way off being commonplace because of their energy requirements and the cost, meaning that they are currently only really used in marketing stunts.

Commentators have questioned whether robots will be used in service roles because of the lack of human interaction, but Westlake believes in some service jobs they could prove more popular than humans.

Westlake cited robots being used to do basic health check-ups in Sweden to underline his point.

He said: “The human patients were much more likely to interact honestly with a robot than a human doctor, and their satisfaction with dealing with the doctor was much higher.