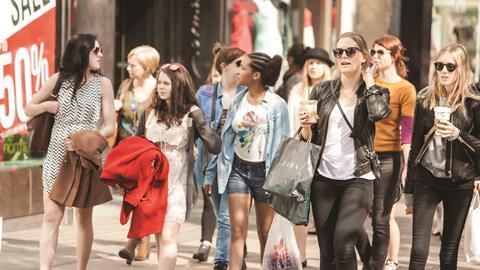 In 2018, store closures and administrations from huge high street names such as House of Fraser, Poundworld, Maplin and Toys R Us demonstrated to the sector that no retailer is safe.

Despite this doom and gloom, however, there is one tactic working well for retail – the ‘stack ’em high, sell ’em low’ approach being adopted by the likes of Aldi and Lidl to great effect.

But what’s the alternative for retailers who don’t want to join the race to the bottom?

The solution is to become a destination for retail experience.

Apple offers great retail experiences, but at one point its stores seemed destined for a different future when John Browett, former Tesco and Dixons Retail chief executive, became its senior vice-president of retail.

Browett had been successful in helping ailing retailers through tough times, but he had done this by implementing the retail model of old.

Each of his former employers still exist, in part due to his influence, but the strategy he employed was not innovative.

“As Apple’s stores become retail destinations, they do not need to operate an estate based on volume”

Apple quickly established this and, within six months, parted ways with Browett, citing a cultural mismatch. The tech firm didn’t need – or want – an expert in retail’s past; it wanted someone to lead its presence into the future.

Browett’s successor, Angela Ahrendts (who will stand down herself in April), aimed to turn the Apple retail estate into Town Squares – a future-focused vision that her predecessor lacked.

As Apple’s stores become retail destinations, they do not need to operate an estate based on volume.

In a market where Carphone Warehouse has peaked at more than 700 stores, Apple’s retail strategy demonstrates a big difference between the operating models of the past and the future. It shows that retailers do need shops – just not as many.

The future of bricks and mortar

Similarly, MUI, the owner of Laura Ashley, is set to close 40 UK stores.

“It’s about showcasing the brand – it doesn’t matter if customers buy online or offline. We just want them to get inspired”

The Ikea shopping experience is focused on showing customers what life could be like.

Its showrooms serve as a gateway to the Ikea dream, and its workforce is increasingly adopting technology to make this dream a reality.

Ikea’s kitchen department is the best example of this. Its computers and design experts are there to make a customer’s kitchen into one they saw just moments before in its showroom.

A role for shops

Amazon has recently begun to compete with bricks and mortar, but as it builds stores with very few people working in them it could well be misunderstanding retail’s future.

The Amazon Go store is powered by technology, not people, leaving customers with an empty and unfulfilling experience.

It doesn’t make sense that Amazon would attempt to put its near-faultless model into a physical shop.

The power for shops to create experiences lies in their people, which retailers have in volume, ready to deliver for customers.

The focus then should be on helping employees to change the way they operate in stores by using new technology.

Retail staff need to be ready for the future as, in time, either their jobs will disappear or their roles will change.

Technology and people can drive customers towards in-store retail experiences that count.

So, do retailers need shops? They do.

But the definition of what a shop is – and who it is operated by – needs to change. 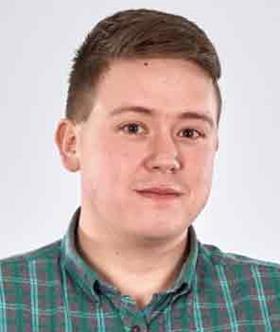 Kheng works with Freeformers’ clients to understand the challenges they face and maximise the impact of their programmes. His experience includes piloting a learning journey for a new Currys PC World store format, delivering a social learning strategy for a customer service brand and developing people strategies to support digital transformation for the UK’s largest supermarket chain and a worldwide biotechnology company.

Want to learn how how to deliver change through people without sacrificing business performance? Download the Freeformers report Retail 4.0 today.

FreeformersFreeformers is an expert in preparing customer-facing employees to work with technology, delivering the retail experiences of the future.
Follow @http://www.twitter.com/@freeformers