John Lewis boss Andy Street will quit the department store chain after being selected as the Conservative candidate for West Midlands Mayor. 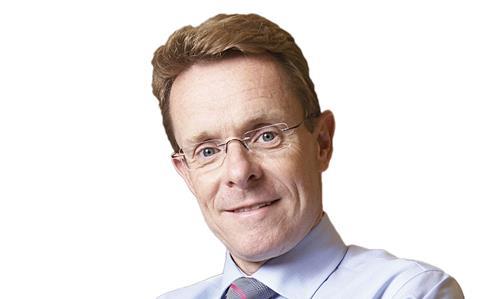 Andy Street is the Conservative candidate for West Midlands Mayor

Street, who grew up in Birmingham and had made no secret of his desire to run for the position, was formally chosen by local party members last night.

He will now contest the election in May next year, with Labour candidate Siôn Simon, who is an MEP for the West Midlands, expected to provide his toughest opposition.

The move leaves John Lewis hunting for a new boss after nine years with Street at the helm.

Street will depart the retailer on October 28, the business confirmed in a statement this morning.

Sources close to Retail Week said it was “almost certain” that the department store chain would promote Street’s successor from within.

John Lewis retail director Mark Lewis is understood to have emerged as the early front-runner for the role, although commercial director Paula Nickolds is also highly regarded by Partnership chiefs.

The retailer said an announcement on Street’s successor would be made “in due course”.

John Lewis Partnership chairman Sir Charlie Mayfield said: “Andy has led John Lewis brilliantly and leaves the brand with great momentum for the future. I would like to thank him for his passionate contribution to the Partnership.”

Street said: “It has been a privilege to lead John Lewis through a transformational period in the retail industry, and I am confident that we have built a business which will continue to thrive while being loyal to its principles.

“The success of John Lewis is down to the hard work and dedication of thousands of partners across the country, and I know that they will continue to serve our customers with distinction.”